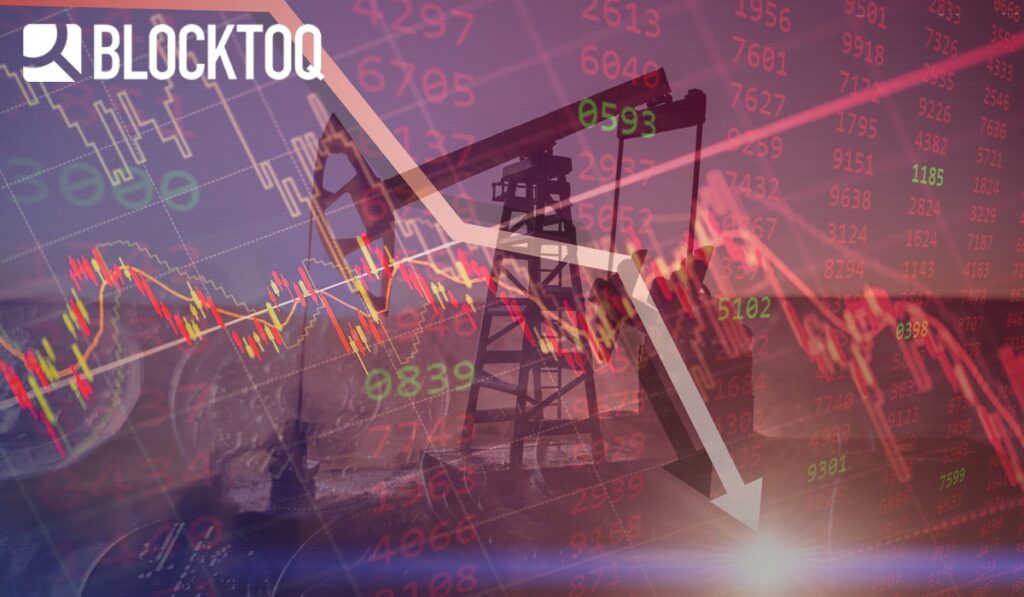 What is the biggest drop in oil prices and how does it affect the crypto market and BTC value?

The Worth Of Crude Oil Is Falling

As early as Friday, the oil price oscillated at $18,30 and already on Monday, it started to fall quickly. According to CNN, at one point the oil price was $-1.43, the lowest since the opening of futures contracts in 1983. Despite the fact that refineries are significantly reducing oil production, the oil storage stocks are growing rapidly, causing prices to fall further.

This year, in May, the West Texas Intermediate (WTI) oil contract has dropped more than 100%. At worst, the price reached a negative $37,63. The May WTI contracts expire on 21 April, which is why investors have decided to switch massively to June contracts. This is a global phenomenon that has never happened before.

The June WTI contract also fell by almost 20% to $20.43 per barrel of oil. The June contract at this time better reflects the price of oil on the market than that of May. Here investors are more active. For comparison, European Brent crude, considered to be a global benchmark, recorded a 3.8% drop to the level of USD 27 per barrel on Monday.

How does this affect BTC?

While the WTI witnessed rapid fluctuations, Bitcoin’s course was relatively calm with a strong directional orientation. The Bitcoin price was corrected by 4.23% due to the implosion of futures contracts. As the oil price fell, Bitcoin’s value also fell below the $7,200 support level, after a failed attempt to exceed the $7,277 threshold over the weekend.

What does that mean and how to use it?

The huge drop in oil prices shows that the global economy remains fragile, despite the strong rebound of the S&P 500 over the last 3 weeks. The drop in WTI contract prices also highlights the impact of the COVID-19 pandemic on global demand for this raw material. According to experts, this situation is caused by an increase in demand for oil, which will arise due to the de-freezing of individual countries’ economies.

However, today’s situation suggests that the market is still very uncertain, and the current collapse in demand for crude oi caused by the coronavirus epidemic appears to be more serious than it might seem.

This is not the first time that oil has been more volatile than Bitcoin. Still, in the period from September to October, the historical volatility of WTI increased sharply from 60.9% to 133%. Earlier, Bitcoin fluctuations were more pronounced than oil. Many supporters have surreptitiously noted that BTC’s limited supply provides it with an advantage not only with unrestricted fiat printing but also with endless oil production.