What’s happening in the world of altcoins? 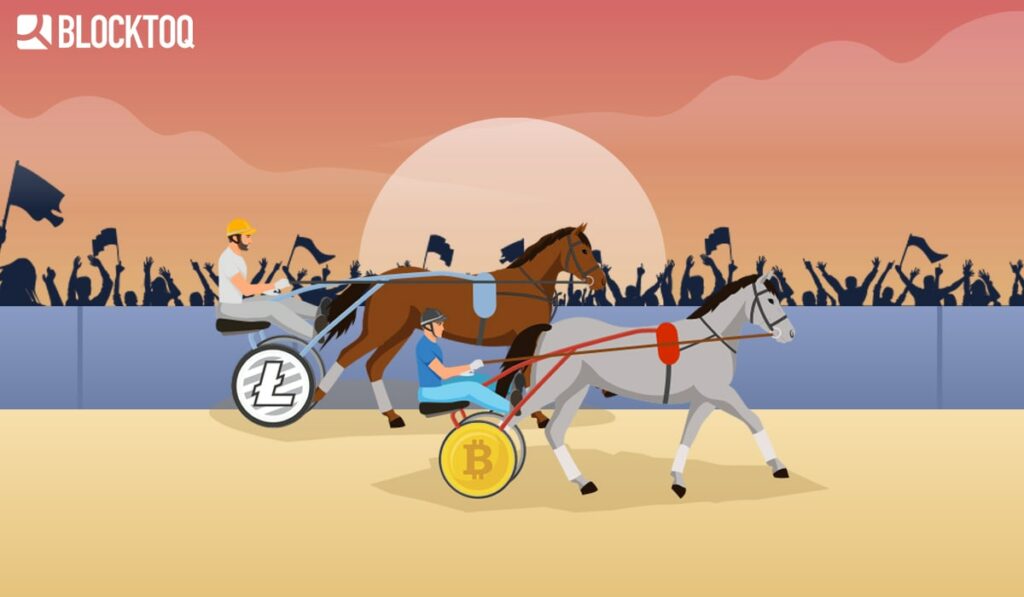 Since the start of 2019, traders, investors, and observers of the cryptocurrency market alike were counting on the start of altcoin season, the prices of which would grow much faster than the price of Bitcoin. Although the market is booming and it seems that it’s worth investing in various projects, Bitcoin is still unsurpassed by most of them.

Some argue that the season for altcoins has no chance of coming before Bitcoin reaches its all-time high, breaking the record from December 2017 (about 20,000 USD). Recently, there were many days when the price of Bitcoin grew significantly, while the prices of most altcoins dropped or increased only so slightly. Due to FOMO, many investors are trading altcoins with Bitcoin, exchanging currencies such as Ethereum, XRP, and many more for the “king of cryptocurrencies”.

This is what happens when i buy or add #altcoins pic.twitter.com/MN6x9QtaLJ

In the cryptocurrency environment, it’s said that the first altcoin season took place in February 2017, when Bitcoin reached one of its previous ATHs. At the time, the price of Litecoin increased by 700%, Stellar up by 3200%, Ethereum 1060%, and XRP up by 5300%. Interestingly, these events came after Bitcoin halving, i.e. after reducing the prize for digging a block by half. The next such halving will take place in May 2020. Will history repeat itself?

My #altcoins trying to take off pic.twitter.com/32KsIUbQJN

Let’s look at how the price of some of the most popular altcoins was shaped this year. In 2019, Ethereum’s price has almost tripled, but dropped by around 25 percent in relation to Bitcoin. Ethereum now costs around 300 USD, more than four times less than during its ATH achieved in December 2017. The Ripple token cost the most in January 2018, when it peaked at 3.84 USD. Some predicted that in 2019, Ripple has a chance of dominating Bitcoin, but alas it didn’t happen. The XRP price in relation to the US dollar has increased slightly, from about USD 0.35 to about USD 0.40, and it’s dropping non-stop in relation to Bitcoin.

Of course, among the many currencies that can’t “catch” Bitcoin, there are those with enormous price increases. During the last quarter, price of Egretia (EGT) increased by almost 6000%! Four-digit results could also be found in EDUCare (1900%) and XMax (2100%). As for “famous” cryptocurrencies, the only one that has grown more than Bitcoin – by more than 200% – is his young hard fork Bitcoin SV, which apparently is in no trouble, despite the fact that cryptocurrency pairs with it were removed from Binance. Right behind Bitcoin, which grew by 170% in the ranking of the largest increases of the last quarter, Ethereum (106%), Bitcoin Cash (140%), Bitcoin Gold (102%) and Binance Coin (107%) should also be mentioned.

If you look at the amount of volume on the #altcoins it seems that #ALTSEASON may soon be upon us folks! pic.twitter.com/hl9hta3Jfk

Among the altcoins that surprised with price drops in previous quarter, one has to mention Waves, which is based on its own blockchain. The Waves tsunami didn’t come and the price dropped by 33%. There was only one cryptocurrency with a bigger drop – by 70% – called Maximine Coin.

If the price of so few cryptocurrencies decreases, and some of them increase enormously – is this a good time for investment and will the bull market continue? Tell us in the comments what you’re investing in and whether you believe in the return of the altcoin season.