Peanut! – let’s move to the world of DeFi | Interview

Uniqly.io or how your NFT can become a real product! | Interview 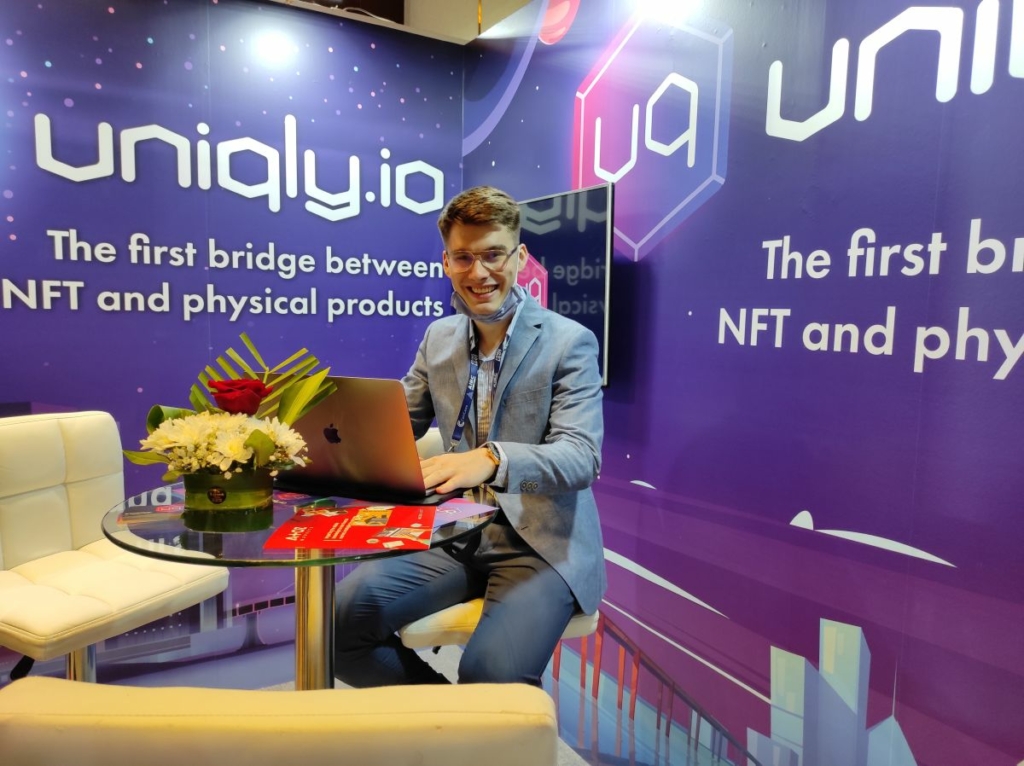 In a time when everything is quickly available and technology is more advanced than ever, it is not difficult to find counterfeits. They flood our market, causing large financial and image losses of well-known companies.

Some people buy ‘cheaper substitutes’ consciously, but probably many of us encountered an unpleasant surprise when it turned out that the ordered product does not meet our expectations and is not the original. However, not everyone knows what to look for when buying a product in an online store. What should you do in a situation like that? The idea of the Polish company Uniqly, whose team we had the opportunity to meet at the AIBC Summit in Dubai, comes to the rescue. Have a look at what we’ve learned from the CEO & Founder of Uniqly.io, Krzysztof Perdek, who decided to combine the NFT market with real products.

They were among the firsts to take the NFT market seriously and decided to combine it with the physical world. In the Uniqly marketplace you can buy T-shirts as NFT. You can do everything with it that you can do with an ordinary NFT, eg Cryptopunk – speculate or sell it for more. However, when you want to get it in the physical version, you just need to burn this NFT token and sign the burn transaction with your name, surname or nickname. This will be visible on the etherscan (permanently on the blockchain) and then the purchased item is assigned to you. The t-shirt comes to your home with a QR code where the transaction is shown that you burned this NFT. It is an inimitable process.

Where did the idea about real NFT come from?

Krzysztof has been observing the blockchain and cryptocurrency market for 5 years, and has been deeply interested in the NFT world for over a year. He noticed that people became very interested in the subject of trading pictures, gifs and cryptopunks for big money. He himself bought a snowman that no one wants to buy anymore. He thinks it’s an interesting solution for art, however, NFT trading is just speculation in pictures that could eventually collapse.

For this reason, Krzysztof and his team decided to use NFT differently than everyone else – they have decided to combine entertainment with the real world. T-shirts sold by Uniqly are initially funny gifs that laugh and later become real products.

Krzysztof admitted to us that he is surprised by the number of people he employs – there are already 30 of them, 11 of which are developers. However, the project is developing dynamically, so they are constantly looking for new, talented employees who will help the project rise to the top.

Paradoxically, the biggest challenge turned out to be … Success!

According to Krzysztof, the biggest challenge was the rapid growth of Uniqly.io and its control. He did not expect such interest – in the first 10 hours of listing they had 240 million dollars in turnover! This is a great result that even banks such as Alior Bank (one of the biggest banks in Poland) can envy. The price of the coin, which was selling for around 15 cents, rose to a few dollars in the first few days.

Initially, Krzysztof wanted the company to grow slowly, but the great interest in real NFTs meant that he had to change his plans and adapt them to the market.

Plans for the future

As already mentioned, many serious brands such as Gucci have a problem with counterfeit products. The Uniqly team wants to help them with the process of creating certificates of authenticity, allowing items to be assigned to specific people.

What’s more, in the future, the company also wants to tokenize NFT memes and sell it from marketplaces so that everyone can have them in real life.

At the AIBC Summit in Dubai, we also met the Chief Marketing Officer of Nimbus. Read what we learned from Alexander Serebrennikov about their brand.

Peanut! – let’s move to the world of DeFi | Interview

“I am because we are” – Ubuntu Tribe | Interview