Token ERC-721 – everything you need to know about it! 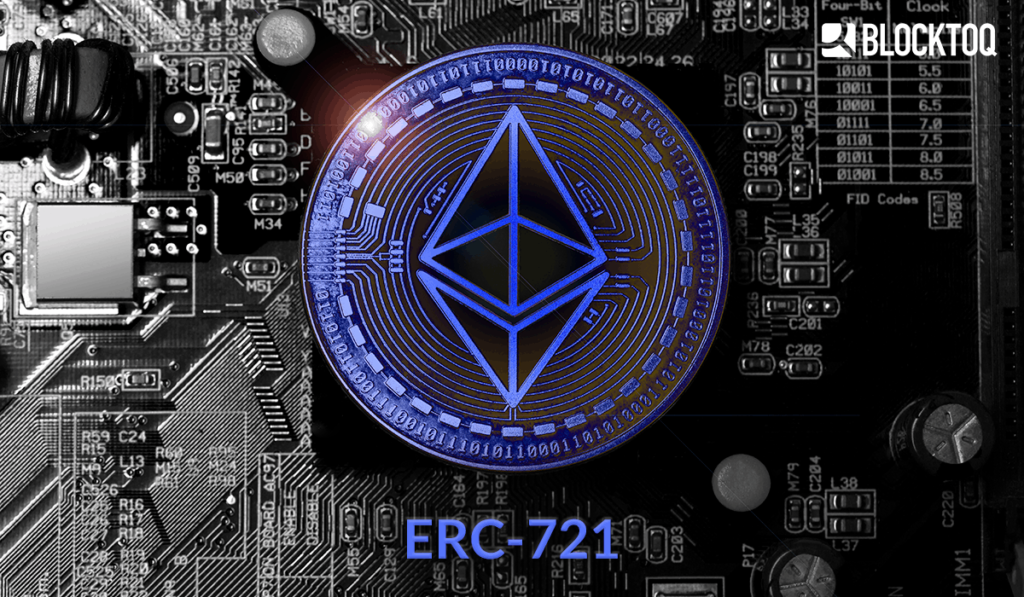 In a better understanding of cryptocurrencies, knowledge about the operation of the Ethereum platform and tokens can be helpful. What are the mechanisms and specificity of individual tokens? What are the differences between tokens and how to distinguish them? Today we uncover all the secrets of ERC-721.

One token – millions of possibilities

At the beginning, it is worth mentioning what tokens are and where they come from. To put it simply – it is a digital unit of a certain value. Tokens can be the equivalent of securities, a payment unit, and even a certificate of originality – there are plenty of uses! They can be exchanged for cryptocurrencies, material goods or FIAT money.

The words cryptocurrency and token are often used as synonyms, but this is wrong – in reality, each concept has a different meaning. Tokens are a subgroup of digital currencies – it means they can’t be created without using cryptocurrency. An example of a platform on which you can create your token is Ethereum.

The history of this token is extremely interesting – it was created at the end of 2017 when the CryptoKitties game related to Ethereum gained popularity. This application was based on blockchain and related technologies. Thanks to the influence of this platform, ERC-721 tokens increased their ranges. Their usefulness has been noticed and used in several similar projects.

ERC-721 tokens are unique and not replaceable – in practice, this means that there are no two identical pieces. It is also worth noting that their value can be different on the same platform. They are extremely useful because they work well when confirming the authenticity of individual items.

These tokens have a lot of uses – they are used in games and collector’s projects on various topics. An example is the recently created Gods Unchained game, in which one token corresponds to one card. Thanks to this, each player is 100% the owner of his material goods – nobody can take them away.

A new dimension in game ownership

One of the most popular projects in which ERC-721 tokens were used is CryptoKitties. The game was created by the American-Canadian studio AxiomZen. The phenomenon of this application lies in simplicity combined with making profits – tokens can be sold for cryptocurrencies. CryptoKittens is a game where the user breeds, cares for and breeds virtual cats. The idea itself might seem trivial, but thanks to the blockchain it brought very tangible results.

Gods Unchained is a collector’s card game, which is also based on blockchain technology. The inspiration for creating the application was the Hearthstone card game. In the game, we try – with the help of our cards – to beat the opponent’s cards. The advantage of Gods Unchained is ownership – all cards are separate ERC-721 tokens, i.e. the player can buy, sell or exchange them without interference from third parties. This application is still in beta – however, it has already achieved considerable success.