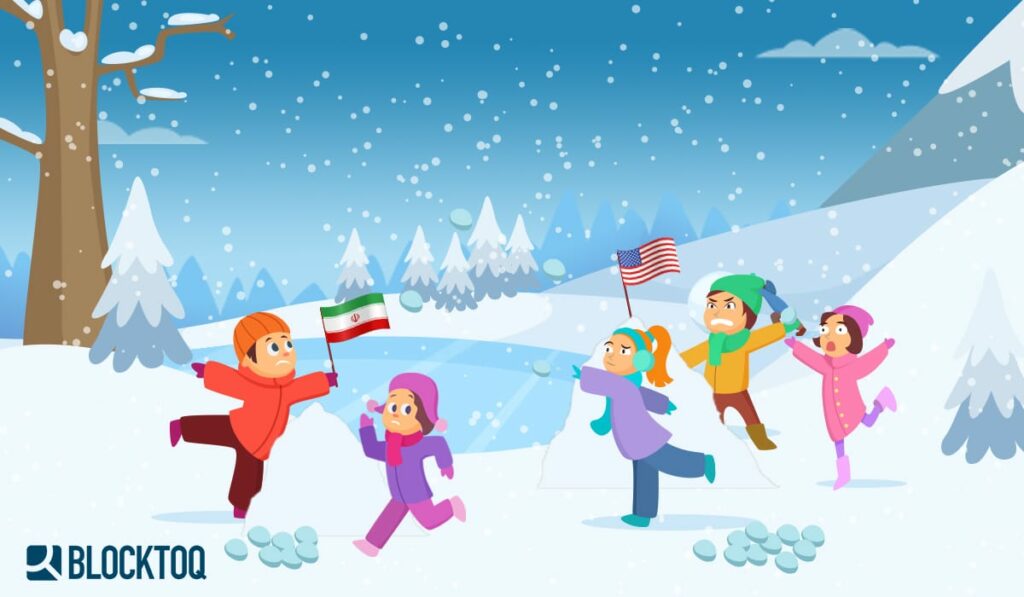 The US is again putting pressure on other countries, more arrests regarding fraud on the cryptocurrency market, new information on the Venezuelan cryptocurrency – Petro, Binance puts in its offer … Dogecoin. Check out an overview of the most important cryptocurrency news from the last seven days:

The US wants to block cryptocurrencies in Iran

The US authorities want to present a law that will make it difficult for Iranians to access cryptocurrencies and to prevent them from mining – local Iranian media reported.

Iran is a country where the cost of electricity is one of the cheapest in the world – it is about 4 times cheaper than in the US. Because of this, mining is very profitable there. Citizens acquire cryptocurrencies also to protect their savings because inflation in Iran is at a very high level.

Earlier, there was also information that Iran had captured 1,000 Bitcoin excavators. The actions of the government of Iran towards cryptocurrencies seem to be ambivalent – in January 2019, a new project was announced – the PayMon national cryptocurrency, created on the model of Venezuelan Petro, but it has not yet been released. It is said that the Iranian authorities and experts from Russia are working on the project all the time.

People were arrested regarding the Ponzi scheme

According to The Times of India, the authorities of India said that the cryptocurrency KBC Coin was a Ponzi scheme, i.e., the financial pyramid. This project was launched 6 months ago with the promise of a 100-fold return on investment. The price was to increase from 10 pence to 10 rupees, but remained unchanged.

In connection with the scam, 4 people were arrested: Vijaya Prajapati, Dhiraja Patel, Kamruddin Syed and Ashiqa Shaikh. The fraud took place in the city of Surat, and the Indian Investigation Department took care of the punishment. According to the Indian media, this is not the first of its kind in the country – in the last two years there have been five such situations before.

Earlier, in India, a law was proposed that would punish up to 10 years in prison for violating national anti-cryptocurrency laws. The government is doing its best to make safe trading in India difficult.

According to information provided by the Venezuelan Ministry of Finance, the president of the country ordered the Banco de Venezuela to accept the national cryptocurrency – Petro – in all branches of the bank.

“I hereby order that every branch of Banco de Venezuela opens exchange desks so that everyone can transact with El Petro and start using it,” said President Nicolas Maduro.

“Cryptocurrencies must be democratized against the backdrop of economic sanctions, block, and financial persecution,” he added, apparently referring to US sanctions.

In September last year, Maduro appeared on state television, saying that El Petro will be used in international transactions from October 1, but the cryptocurrency has not been successful.

The largest and most popular cryptocurrency exchange platform in the world, Binance, announced that the famous Dogecoin is starting to be listed on it. The following trading pairs are available: DOGE / BNB, DOGE / BTC, DOGE / USDT, DOGE / PAX and DOGE / USDC. After Dogecoin appeared on Binance, its price grew by 31% in 24 hours!

Let us recall that we have put Dogecoin on the list of the 10 weirdest cryptocurrency projects. Originally Dogecoin was created as a joke, and its name came from the famous internet meme. Today, Dogecoin is placed in the top 30 at the market capitalization ranking!

Earlier, in May, Coinbase added Dogecoin support to its Coinbase Wallet application.

“[I]t might be that it is sooner than we think that there is a market and we need to be able to provide central bank digital currencies,“ he said.

BIS also mentioned Facebook in its latest annual report, expressing fears that initiatives such as Libra pose a long-term threat to the control of money by central banks.

“The issue is how will the currency be used? Will there be discovery of information, or data that can be used in credit provision and how will data privacy be protected?”. said Carstens.

A city in South Korea will have its own stablecoin

According to ETNews, the authorities of Busan, the second largest city in South Korea, have started cooperation with the local bank BNK Busan to issue a stablecoin in the 1:1 rate to the local fiat currency.

Previously, cities such as Liverpool, Belfast and Dublin informed about plans to introduce their own stablecoin. Now Busan joined them – so far, the new cryptocurrency will be available only to customers of the BNK Busan bank, but it is planned to expand the field of operations, including about the possibility of using stablecoin in ZeroPay stores.

Let us remind you that even in Poland there is a voivodeship that has introduced its own token, although CoperniCoin is more of a “tourist attraction” in Warmia and Mazury than a revolution in the payment system. CoperniCoin is based on the Waves platform and can be obtained for various activities aimed at promoting the region.

What do you think about the latest cryptocurrency news? Tell us in the comments!