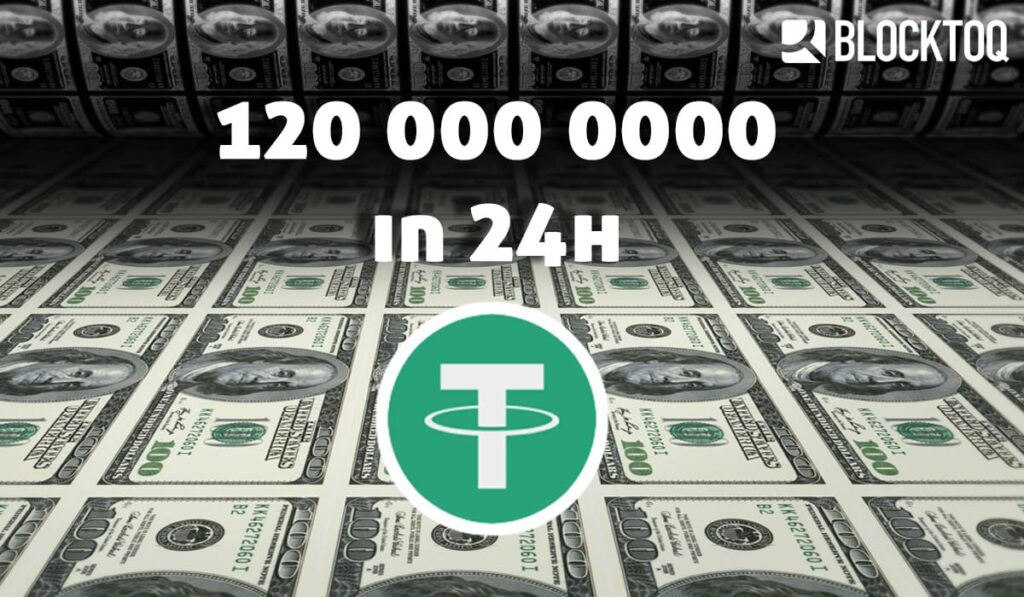 USDT – Whales are out here

While the Bitcoin community has visibly declined in recent months due to the tense global economic situation, the USDT Tether is consistently growing. The cryptocurrency, which is now the fourth largest market capitalization, is responding to the increase in demand over the past month.

The Whale Alert account on Twitter has recently followed a series of transactions indicating high cryptic demand, linked to the US dollar exchange rate.

On April 18th, it was announced that $120 million in USDT was minted. This, according to the analysts, could be big for Bitcoin and the rest of the crypto market moving forward.

According to data from Skew, which enables analysis of the crypto market, the amount of USDT in circulation has recently exceeded 7 billion, or about 3.4% of the market capitalization of the entire crypto market.

What does that tell us?

Analysts believe that this trend is positive for the entire cryptocurrency market and may explain the recovery of Bitcoins from the lowest $700 to the current price. Charles Edwards, a digital asset analyst, notes that “major changes in the USDT have caused BTC prices to rise over the past year”.

Before Bitcoin’s fall in 2018 from $6000 to $3150, Tether’s quantity dropped by hundreds of millions. Ryan Selkis, SEO Messari, explained that since there is now $3 billion worth of stablecoins on the stock exchanges, there is a high probability that the crypto market could explode, especially Bitcoin.

Su Zhu, CEO of Three Arrows Capital, well summarized the situation, saying: “It is estimated that about $2 billion in cash is in crypto funds. Another $2 billion is sitting in Stable Coins and another $2 billion is in the stock exchanges. Imagine that we need new money now (on BTC) to reach the $10,000 mark.”