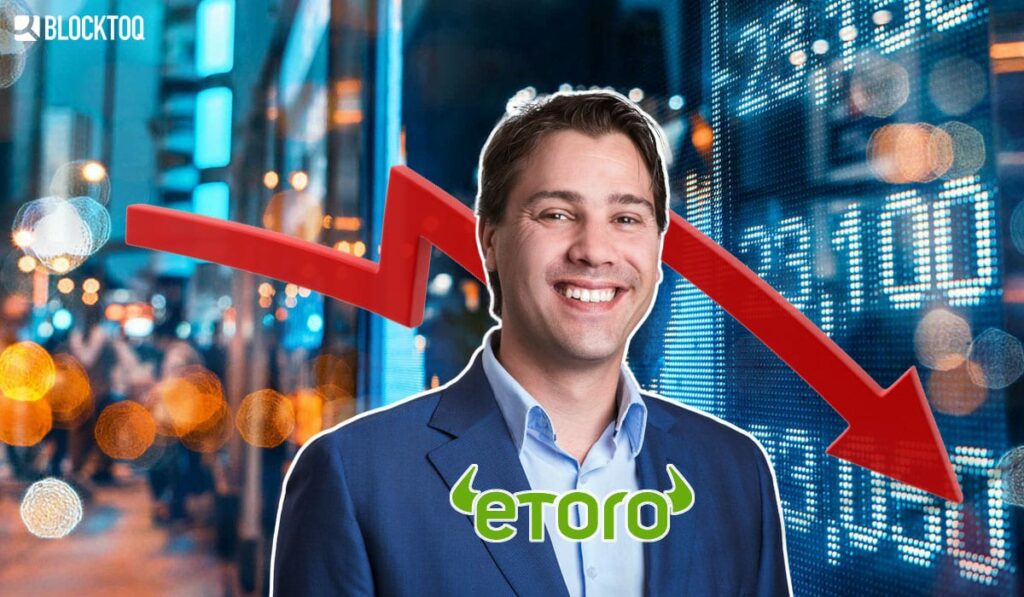 Yoni Assia from eToro warns against a massive drop in stocks in the coming weeks. Is Bitcoin a good safeguard against this kind of event?

Drop on the stock exchange

The president of one of the largest trading platforms, eToro, warned that in less than a month, according to him, the stock market will collapse and particularly large investors should pay attention to this. In a series of tweets on 10 June he explains his position and still says not to be afraid, but only to pay attention to this phenomenon and to protect himself.

There is a crash coming soon (in the equities market), in the next 3 weeks, someone, not sure whom, is going to sell/short their position and crash the markets.
Buyers beware. Caveat emptor.

Assia warns investors buying on the stock exchange that the recent stock increase was speculative and that there will be a correction that will cause the market to collapse. According to the founder of eToro, a big player, not yet knowing who will sell his short position and collapse the markets.

The warning came after weeks of extremely dynamic resource growth, which despite the difficult market situation and the COVID-19 pandemic or protests is still going up. Investors with an optimistic vision of the market do not take Yoni’s words seriously, even though many times the CEO of one of the major financial platforms was right in his forecasts.

S&P 500 gained around 400 points in May and now stands at 3200 points. Considering that it was 3000 before Black Thursday and at its worst after the 2200 drop, the current result is impressive.

Bitcoin (BTC) has been increasingly disconnecting itself from the macro market movements in recent months, becoming independent and providing a real safe haven for those who want to avoid risk. In the second quarter, Bitcoin has become a best-performing asset with profits in excess of 50%.

Suspicions about the shares have long been raised by investors in BTC who believe that state intervention in the form of a buy-back creates artificial competition in the market. Three months after the March catastrophe, this kind of thing is becoming increasingly common.

Assia explains that his warning should be an advice to every investor, as he believes that recent increases are driven by speculation by retail investors, and I know from previous events that such situations end in a correction.