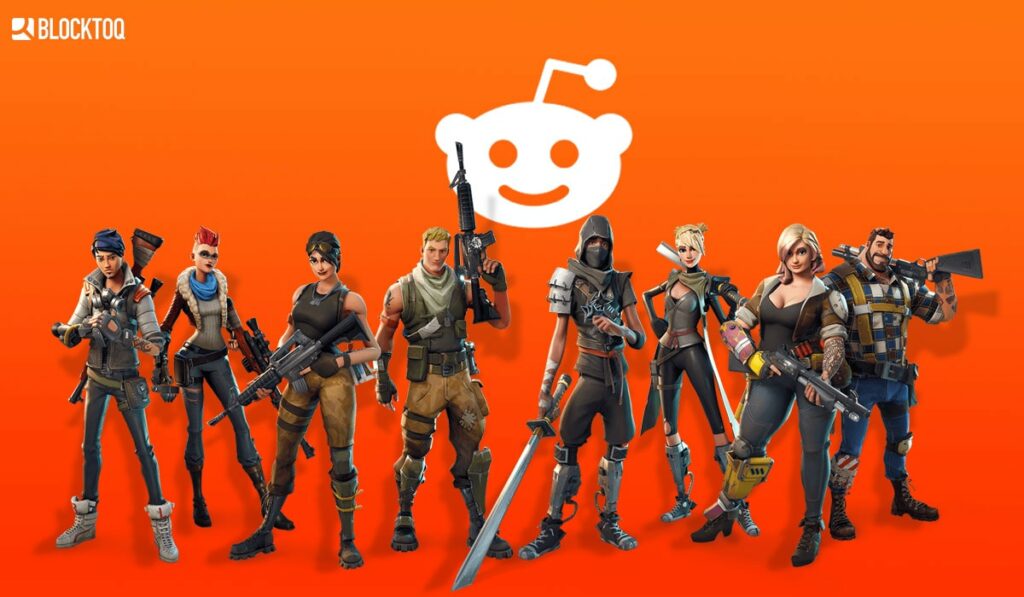 75% of all community points transactions so far have been made by Fortnite enthusiasts, not a community interested in cryptocurrency.

The trial version of community points

Last week, the Reddit platform announced the beginning of tests of 2 types of social networking points, namely “Moon” and “Bricks” to encourage users to get more involved on the platform. Moon and Bricks are digital tokens based on the Ethereum blockchain, aimed only at users of subreddits such as r/Cryptocurrency and r/FortNiteBR.

After the introduction of the new social system, over 15,000 users made 18,000 token transfers, of which 75% used “Brick” tokens from the FortNiteBR community.

This is a funny situation because the CryptoCurrency community dedicated specifically to cryptography and related topics has only 2,800 “Moon” tokens compared to nearly 12,800 “Brick” tokens from the FortNiteBR community.

Both communities have a similar number of subscribers, yet the enthusiast group of one of the most popular MMOFPS games from Epic Games has shown much stronger support for Reddit token.

Considering that 75% of the portfolios created so far in the test network are Fortnite fans, it can be concluded that tokens are best suited for groups where the connection between people is more important than an interest in blockchain or crypto technology.

Despite its similar size, the Fortnite community receives up to 20 times more votes for the most popular posts than the community interested in crypto. These results reflect the good health of the group and the proper management of the community by administrators.

Product Manager at Bitcoin.com, Crosbin Fraser suggested that the r/CryptoCurrency community may have a serious problem with group management, and as we well know, communities with more than 1 million users are extremely difficult to administer properly.

Some communities like r/Bitcoin with almost 1.5 million subscribers and with a deep interest in the subject of digital assets still do not have their community token. This is because Reddit’s social points have now only been implemented in two subforms of the portal. Crypto investor on Twitter sarcastically commented on the current lack of a community token in the r/Bitcoin community

Can we finally add a community token to r/Bitcoin as well?😝 #bitcoinhttps://t.co/OsYnEVjmMm pic.twitter.com/y0CuPN62RL

Brian Armstrong from the Coinbase crypto exchange believes that the implementation of blockchain-based tokens for the social networking platform is a breakthrough for the whole technology. He adds that all this is the result of slow evolution and development of the crypto market.

Reddit is planning to migrate the community points system to the mainnet Ethereum, but this will happen in a few months’ time during the holidays. According to the reports, Reddit plans to offer Ethereum-based points to its entire community, i.e. over 400 million users. When that moment comes and the community points will be available to every user of the community, we will see their true power.