Race for a bone! How different countries approach blockchain technology? 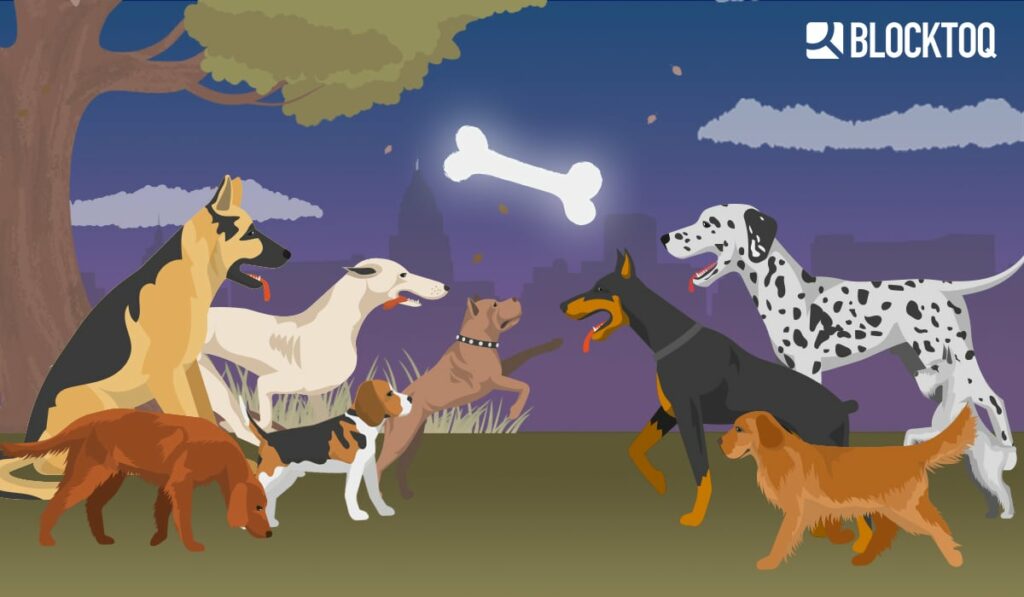 Cryptocurrencies and blockchain technology are getting into the mainstream more and more.

From a document issued by the International Monetary Fund (IMF), we learn that the possibility of creating their own cryptocurrencies is already considered by central banks of such countries as: Thailand, Uruguay,  Canada, Great Britain, Norway, Australia, Sweden, Philippines, Brazil, China, Marshall Islands, and Ecuador.

On the other hand, there are authorities that try to fight Bitcoin. Many public entities warn against cryptocurrencies, emphasizing their speculative nature, and the possibility of functioning similarly to financial pyramids (e.g. Reserve Bank of India, Bank of Russia, NBP and KNF in Poland). The situation of Bitcoin, when it comes to legal regulations, can be compared to the situation of the Internet at the end of the XX century.

For example, in 2013 the US Congress said that transactions made in bitcoins are legal, while in Russia, bitcoin-related websites were blocked and steps were taken towards its banning.

It can be expected that in the near future virtual currency trading will be formalized and supervised to some extent. Japan, the USA and the EU have already taken this direction. There are also so-called cryptocurrency paradises, which are very friendly to Bitcoin and blockchain, such as Malta and Switzerland. The attitude of Belarus is also surprising.

Belarus is the first country on the globe that has created a regulatory framework for the blockchain industry. The growing popularity of cryptocurrencies has been noticed and recognized as an opportunity in the Belarusian economy. In 2017, the President of Belarus signed a decree which focuses on innovations related to cryptocurrencies and blockchain in the Belarusian “Silicon Valley” – Hi-Tech Park (HTP). According to the act, HTP has become a special area in the country with a special tax and legal system for blockchain and crypto enterprises.

Malta, which we have recently visited during Malta AI & Blockchain Summit, is known as the blockchain island. In 2018, as the first country in Europe, Malta has made an attempt to define blockchain technology and regulate entities operating in the digital currencies sector. Malta is known for “loving” Bitcoin. Joseph Muscat, Prime Minister of Malta, who gave an opening speech at Malta AI & Blockchain Summit, said that cryptocurrencies are the inevitable future of money. In his opinion, blockchain technology will ultimately lead to the development of solutions that will allow for the complete replacement of existing infrastructure in many industries, for example, in health care.

In Japan, cryptocurrencies are a legally accepted means of payment. The country is one of the largest cryptocurrency markets in the world. Japan is one of the first countries to legally accept Bitcoin. In South Korea, it is estimated that over a million Koreans already use cryptocurrencies and the crypto exchanges are responsible for 1/5 of global turnover. The Korean Bithumb crypto exchange is in the top five of the largest exchanges in the world.

On the other hand, there are countries that try to discourage and scare as many blockchain projects as possible. One of the most notable examples is China, where the ICO ban and access to exchanges forced startups to go elsewhere.

For example, one of the world’s largest exchanges, Huobi, was forced to leave China in September 2017 due to legislative changes. Since then, the Chinese market has begun opening offices in many other locations, such as Australia, the United States, Singapore, South Korea, the United Kingdom and others.

However, when it comes to blockchain technology, changes are moving in the right direction. Russia, China and the USA are already “racing” to implement the blockchain in military operations. Chinese government is also working on loosening restrictions related to cryptocurrency trading by licensing Bitcoin exchanges. In Poland, Financial Supervision Committee changes its mind – earlier, they have published videos which warn against investing in Bitcoin, now they are beginning cooperation with the University of Warsaw blockchain technology center.

A matter of time

It seems that more and more countries are becoming aware of the benefits of blockchain technology, as we have repeatedly reported in our crypto news. With the adoption of Bitcoin, the situation looks a bit worse, but it is probably a matter of time before this modern form of payment is accepted all over the world.