Poker stars in the crypto world – so close, yet so far away 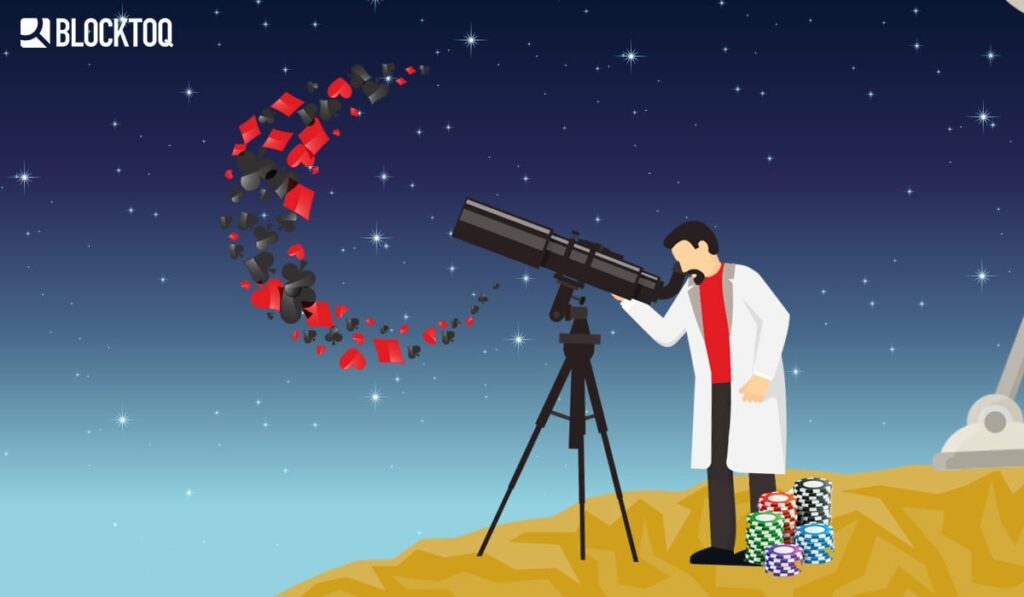 In recent years, cryptocurrencies have become a very popular topic among professional poker players. How do they find themselves in this environment?

Superstars of poker engaged in crypto

Many of them openly admit that they hold cryptocurrencies or invest in various blockchain projects. An example is Doug Polk, a world-class poker player and YouTuber who recently opened a website devoted to cryptocurrencies and on a stream, answered questions related to blockchain technology.

Another example is Dan Bilzerian, an eccentric poker player who is known mainly for posting photos with beautiful women – he recently showed his cryptocurrency portfolio, revealing that he invested not only in Bitcoin, but also in Ethereum, Monero and Bitcoin Cash. Bilzerian’s interest in investing is not surprising, with him being the son of an investor from Wall Street, Paul Bilzerian.

“ I sure do believe that this is the future, however, decentralized poker isn’t real, it’s just a concept which with today’s evolvment of technology is barely impossible.”, he said.

What makes you think I’m not already heavily invested? You made an assumption and it happens to be wrong.

One of the “losers” on the cryptocurrency market is Daniel “Jungleman12” Cates, who openly admits that he bought Bitcoins when they reached their ATH in December 2017.

The well-known mental poker trainer, Jared Tendler, believes that poker players do not fully understand the cryptocurrency environment and invest too much of their capital in digital assets.

Tendler stressed that poker players are much too confident about their investment skills. According to the coach, being a good poker player does not automatically translate into being a good trader or investor. Tendler even states that investing is much more complicated than poker. He talks about the fact that poker players enter cryptocurrency world because of fear of missing an opportunity (FOMO) and can be victims of the so-called Kruger-Dunning effect. It depends on the fact that the less knowledge in a given field we have, the greater out confidence is, as in the following chart:

Tendler also said that in the case of the cryptocurrency market crash, it could significantly affect the entire poker community and be comparable to the crash of 2011, when during the “Black Friday” the US government closed one of the most famous poker sites in the world – Full Tilt Poker, and American players have been cut off from the global pool of players, which translated into a significant decrease of their earnings.

One of the people in the poker community, who also doesn’t encourage poker players to invest, is Barry Greenstein. In a 4-hour podcast hosted by Joe Ingram he stated:

It turned out that Greenstein has such a negative approach to cryptocurrencies, because when his daughter told him that she wants to invest in Litecoin, he advised against it, because he himself lost millions of dollars on the traditional stock exchange!

Barry emphasizes that it is easier to earn millions of dollars on poker than on investments. He advises players to focus on hard work and the game because it can bring you a lot of success. Focusing on other areas where there is also variance causes unnecessary distraction.

Greenstein also gave the example of Ted Forrest, the three-time winner of the World Series of Poker bracelet (over $6 million in prizes), who reportedly lost his fortune investing in various businesses.

Industries that have a lot in common

The situation with poker and cryptocurrencies is somewhat similar: they are young industries that have problems with legal regulations in different countries. They are connected by a lot of issues: they require both technical, analytical and psychological skills, and to be a good trader or poker player you need the investor’s “sense”. It’s no wonder that poker players are interested in cryptocurrencies. But aren’t they lost in their confidence?