OVR – everything is possible in physical-virtual world 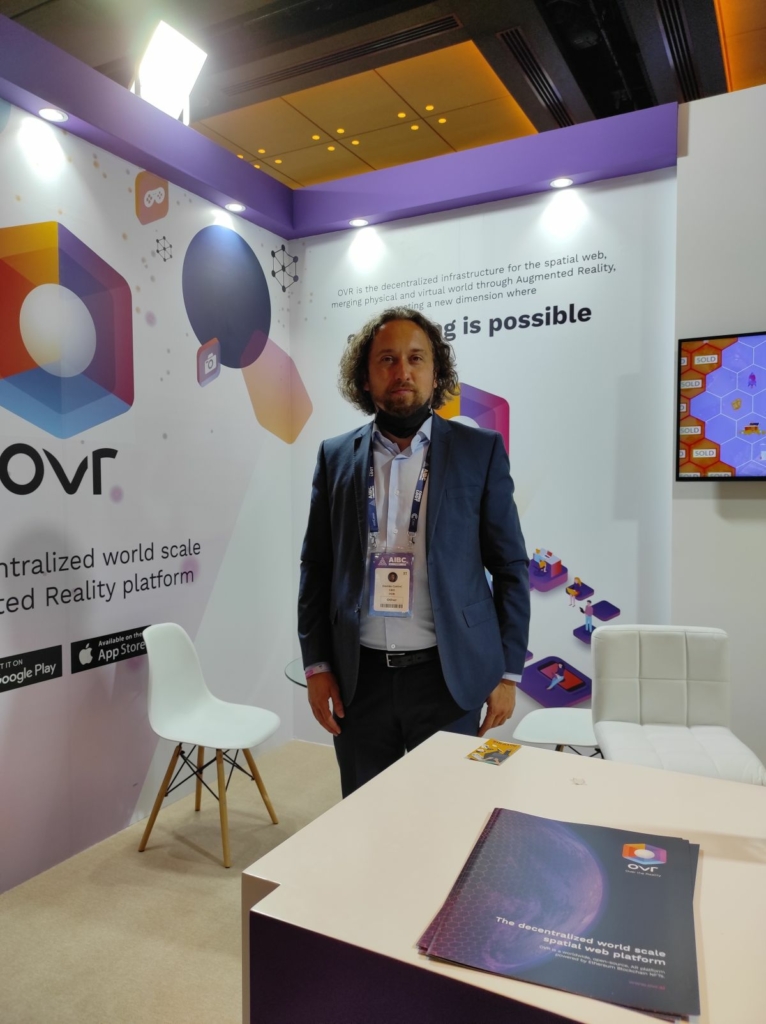 Blockchain technology allows us to do things that we have never dreamed of before. It means we are entering a completely different dimension of reality. One of such projects that is crossing the barriers is OVR – decentralized platform which is merging physical and virtual worlds thanks to Augmented Reality (AR). We had the opportunity to meet and talk to the OVR CEO – Davide Cuttini. Let’s read what the CEO and founder of this project had in mind when creating the platform.

OVR is a platform which allows people to meet each other in Virtual Reality. Basically, the concept is to tokenize the whole world, in hexagons of 300 square meters that are non fungible tokens so-called NFTs. The project was launched with the token in December of the last year (2020). Actually through the system of token emission, about 300k lands with a base auction price of $10. Basically the ownership of this kind of digital asset, permits you to anchor 3D and 2D content on it. Like, on the web – when you buy a domain, you can decide, what is the content on it. In the OVR case, you have what people call the special one. Fundamentally you have a geographical location and can decide what is the content on it. OVR has different use cases from treasure hunting where basically the OVR community of 100k users can explore the world, to gaming activities and e-commerce.

How does OVR work?

OVR’s community currently has 100K users. They are exploring the world to find some tokens that can be a use case to the gaming activity, entertainment, tourism, e-commerce and stuff like that. The platform runs inside the OVR app – mobile app, which everybody can download from their app store. Furthermore, you can recreate the lottery through an avatar. All you have to do is take a selfie. And then the artificial intelligence engine will reconstruct your face in 3D format. Thanks to the camera in your phone you can interact with the other users and have new experiences.

OVR mesh two big areas. One is the Metaverse, which is a big trend for the future. The other hand they use is their utility token that is being used to buy the NFT. Of course that token permits you also to buy all the services inside the OVR platform.

David claimed: “yeah, exactly!”.  The idea is to create a parallel world without specific headset like Oculus or HTC Vive. You only need to have a smartphone and believe in the future. You can meet other people inside the OVR app thanks to your avatar.

In the OVR world you can attend live events (OVR has a concept where they’re collaborating with DJ’s) and meet new people around you. Every user is represented by a photorealistic avatar. You also can use OVR to e-learning, gaming, AI Assistants or tourism.

Small team is the key

The OVR team has 14 developers and 10 people in the marketing team. That’s enough people to create a 100K OVR community (the token was listed in December). They have a strong community in Spain and China and they are working hard aiming to cover many countries in the world. The company is based in Italy, but OVR is also tied to Estonia because of the licensing.

And the biggest challenge is…

The biggest challenge basically is to concentrate a lot of technology inside the net. There is  an avatar which is animated and it must work in real time. What is more, OVR is mobile first, so all technology must run inside the smartphone. It is a challenge to optimize difficult algorithms and photorealistic experiences inside a small device in your pocket. On the other hand, you have a web part. It was a challenge creating a fast auction system based on blockchain and smart contracts. But the OVR team has managed to do it – marketplace permit users to resell and exchange lands.