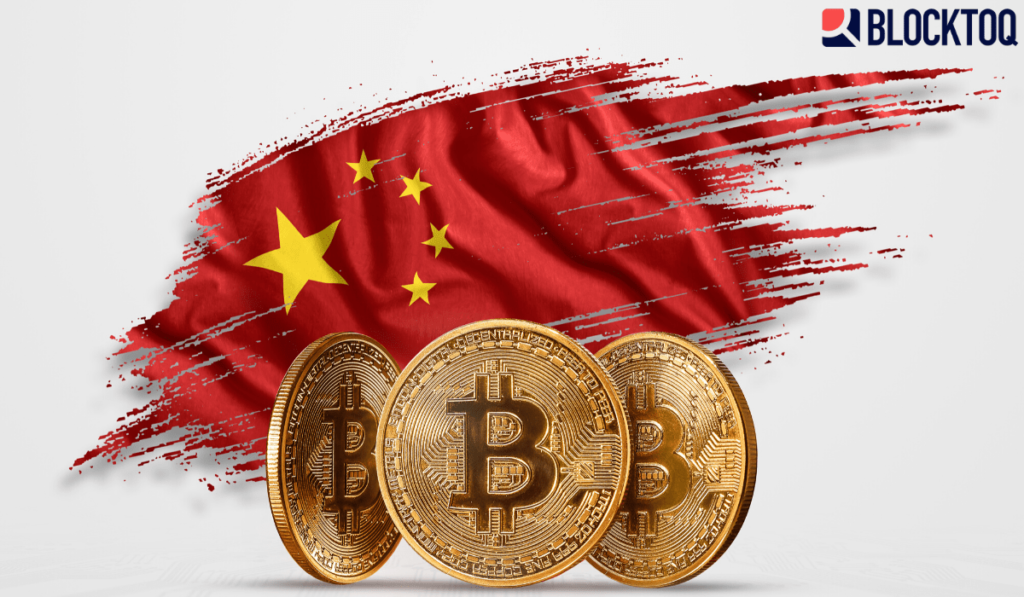 After another halving, large mining pools and crypto farms are gaining in importance. China is starting with a really big project, which is rapidly growing in rankings.

Bitcoin mining has changed over the years

The days when BTC could be mined by almost every owner of a powerful computer capable of rendering 3D graphics are long gone. The process of crypto mining was changed forever by entering into the game larger and larger cryptocurrency farms – spaces filled with specialized ASIC machines. These changes have also been influenced by the following Bitcoin halvings, which make the mining process more and more expensive and require better and more efficient equipment. Smaller miners are losing importance year after year.

Mining pools are concentrated in China

Mining pools are groups of cooperating miners who share the prize for the processed block. There are about 20 major mining pools, more than 80% of which are controlled by China. Leading platforms such as F2Pool, Poolin, BTX.com, AntPool, and Lubian.com have their headquarters in this country. 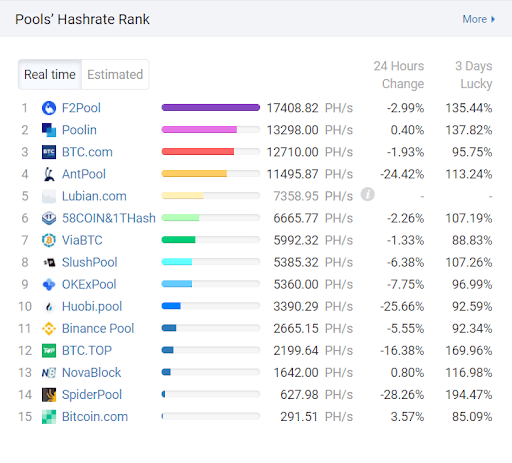 Lubian is a new player on the market. Despite its recent establishment, it controls over 5% of the total Bitcoin hash rate. This impressive result has already been achieved three weeks after the processing of the first block on 24.04.2020. It currently ranks in the top five of the btc.com ranking.

After the aforementioned Bitcoin halving, it became unprofitable to use BTC mining machines of an older generation. This forced the miners who process with their help to leave the business. It is estimated that this could result in a 30% reduction in available hash power. However, the new generation of mining machines is likely to catch up quickly. We will be able to observe this already in mid-May, when it is predicted that production capacity will be restored to its previous level.

The miners who were preparing for halving were forced to replace their machines. When the reward value for each mined block dropped from 12.5 to 6.25 BTC, the mining time, which translated into electricity consumption, became very important. More models of crypto machines are appearing on the market to provide miners with increased revenues and lower costs.

source: minerstat.com
What impact will halving have on the market? In the coming months we will be able to observe its effects both in the price of Bitcoin and the ways and amounts of mining.
Share. Facebook Twitter Pinterest LinkedIn Tumblr WhatsApp Email
Previous ArticleОдин из самых популярных банков США предоставляет банковские услуги для криптовалютных бирж
Next Article More and more women are joining to the crypto community