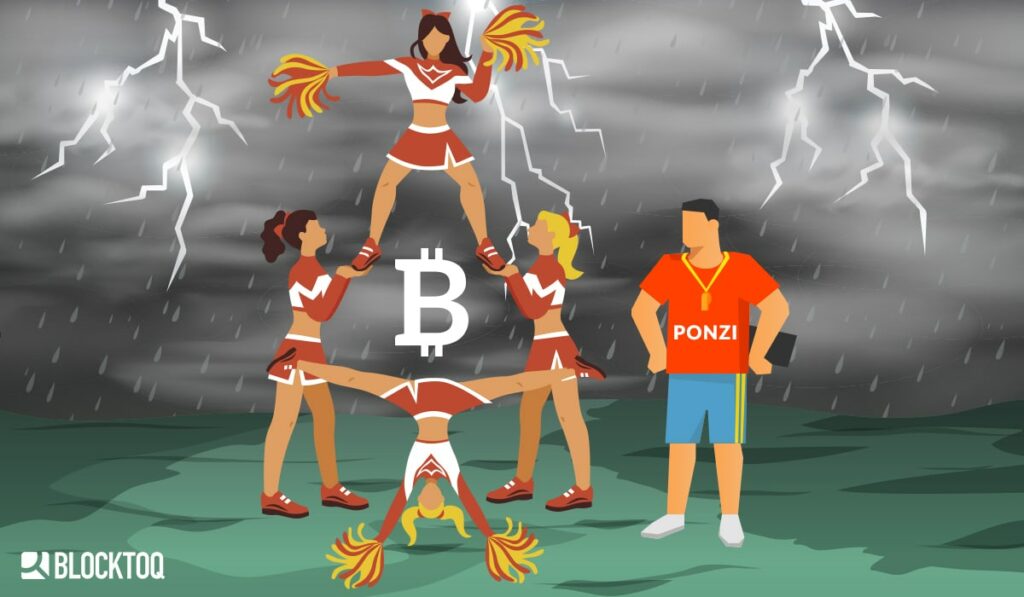 Some very controversial and shocking news came from Italy. The famous daily La Repubblica published an article in which it claims that Bitcoin is a financial pyramid.

Bitcoin has existed for more than 10 years and during that time it managed to acquire many opponents and supporters. However, until now, there haven’t been many critical articles about Bitcoin in the mainstream media. It is a pity that this may affect the reception of Bitcoin by the average John Smith, who encounters cryptocurrencies for the first time. In Italy, the article has already met with the sharp reactions of Bitcoin enthusiasts. One of the commentators has even published a video in Italian.

In the article published by “La Repubblica” we can read, among others, about why Libra is different from other cryptocurrencies. According to the journalist of the Italian daily, Libra has a stable exchange rate, which cannot be said about Bitcoin – it is described as an inflated bubble. Bitcoin and Ethereum do not have underlying assets or guarantees, they are simply tools for speculation. For this reason, Bitcoin definitely resembles a Ponzi scheme (financial pyramid) rather than a currency system. “La Repubblica” emphasizes that a large part of Bitcoin assets belongs to only a few people who stand at the top of the “program”. The diary gives specific figures: fewer than 2,000 people possess 42% of the bitcoins which are currently in circulation. Thus, it has a 75 billion market capitalization, or about 40 million dollars per person. At the base of the financial pyramid there’s as many as 25 million people who have only small resources – from several dollars to several thousand dollars in bitcoins.

Not a Ponzi scheme

The Blocktoq team strongly disagrees with the thesis put forward by “La Repubblica”. Bitcoin is not a Ponzi scheme. In a financial pyramid, investors are promised a high return on investment, and subsequent payments of people at the “bottom” of the pyramid provide payouts to those at the top. An important difference between Bitcoin and the financial pyramid is that in the case of Ponzi scheme, the whole system breaks down when the manager of the pyramid cannot live up to the promise of payment. Bitcoin is decentralized and does not have such a center. There are no promises or guarantees here, and the market is governed by the natural laws of supply and demand.