John McAfee backs up a token for… zombies? 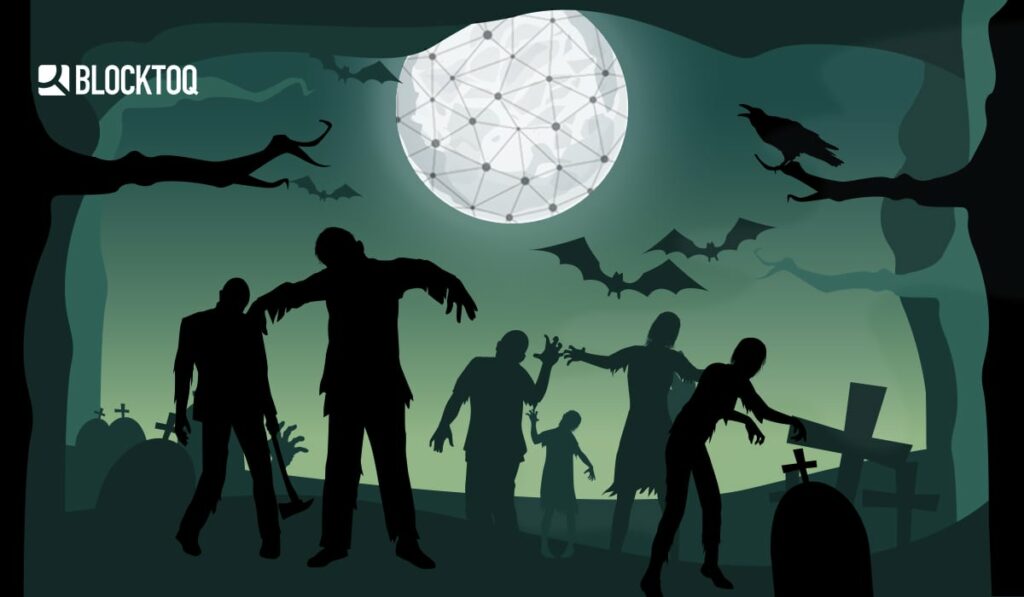 A token for… zombies?

In recent days, a lot of information has appeared in the media about another controversial project, which is currently being implemented by an equally controversial character – the famous baron of the crypto world and entrepreneur John McAfee. The man who will fight for the chair of the United States President in 2020, was invited by the Zombie Research Center in South China to conduct research on “Nature of Zombies and their interaction with people” and write a whitepaper for an Initial License Offering (ILO). He received a lot of cash for this, over USD 4.5 million and 20% commission on tokens sold in the future. The programmer and entrepreneur became so involved in this project that this theme inspired him to create a new venture and launch a new ZombieCoin token in cooperation with a Chinese company.

The celebrity was aware that creating such a controversial project, he could not do without media hype and knew that he could find himself on the proverbial “candlestick”. Anticipating the avalanche of unfavorable comments and accusations about his state of sanity, he went one step ahead of the haters in order to strangle malicious slander on the subject:

“This is the most absurd concept in the history of cryptocurrencies. In the light of rational reasoning, this project cannot be seen as anything other than a sand castle, fantasy / horror from the mind of a four-year-old mentally handicapped. “

At the same time as ZombieCoin, VampireCoin & LycanCoin were created, forming a whole trinity. Tokens are intended for zombies (undead) and zombie and vampire enthusiasts. This coin is based on a philosophical basis, which is the interconnection of two worlds in another dimension, and technology is a bridge between them and thus helps introduce new users (mortal or not) to the world of cryptocurrency.

However, the idyll did not last too long. On September 5, 2019, the South China Zombie Research Center published several tweets, accusing John McAfee of mixing their project with mud and failing to comply with the contract and preparing an incomplete version of the whitepaper. The entire team behind Zombie Coin claims that McAfee despised their idea and presented it in a negative light. They want to file a claim to get him to pay $100 million in compensation.

John McAfee calls the whole situation a misunderstanding. The cryptocurrency magnate believes the company will reject the intention to sue him as soon as the whole situation is cleared up. And the insult was simply “exaggerated, hyperbolic language,” showing what would appear in the final version of the whitepaper.

No official legal steps have been taken at this time, and the media opinion has treated the whole case as a funny incident. There were even humorous suggestions to write whitepaper at half the price the company paid McAfee.

What do you think about this situation? Did John really go too far with his comment?