Is Bitcoin a gateway for Altcoins? 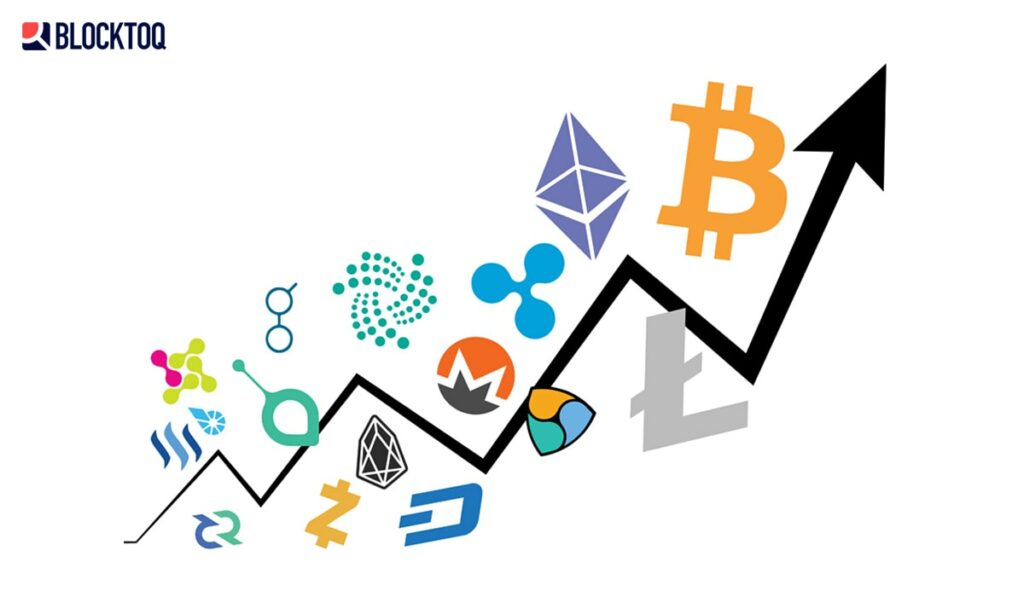 The research of one of the largest crypto exchanges explains how altcoin and bitcoin correlations work.

According to the latest research published on 14 May on the Medium portal of one of the biggest crypto exchanges, which is Coinbase — Bitcoin is a big incentive for most investors to start their adventure with cryptocurrencies, after which a large part of them invest in altcoins, that is all other cryptos.

Research has shown that as many as 60% of users invest in Bitcoin (BTC) as their first purchase, while only 24% of them remain with an investment in the leading crypto.

Thus, on the one hand, Bitcoin clearly dominates the market, but on the other hand, the clients of the Coinbase exchange also become interested in other crypto players after their first investments. Considering the size of the exchange, it can be concluded that the global data are very similar.

Most people start their adventure with cryptos investing in Bitcoin (BTC) and it is not without a reason. Above all, Bitcoin is the first currency with a constant supply and it disturbs fiduciary money without becoming dependent on it or other traditional markets. As a crypto pioneer, BTC shows itself to be the safest resource and at the same time technically the simplest. Its popularity in the media and loud highs also influence the choices of its recipients. 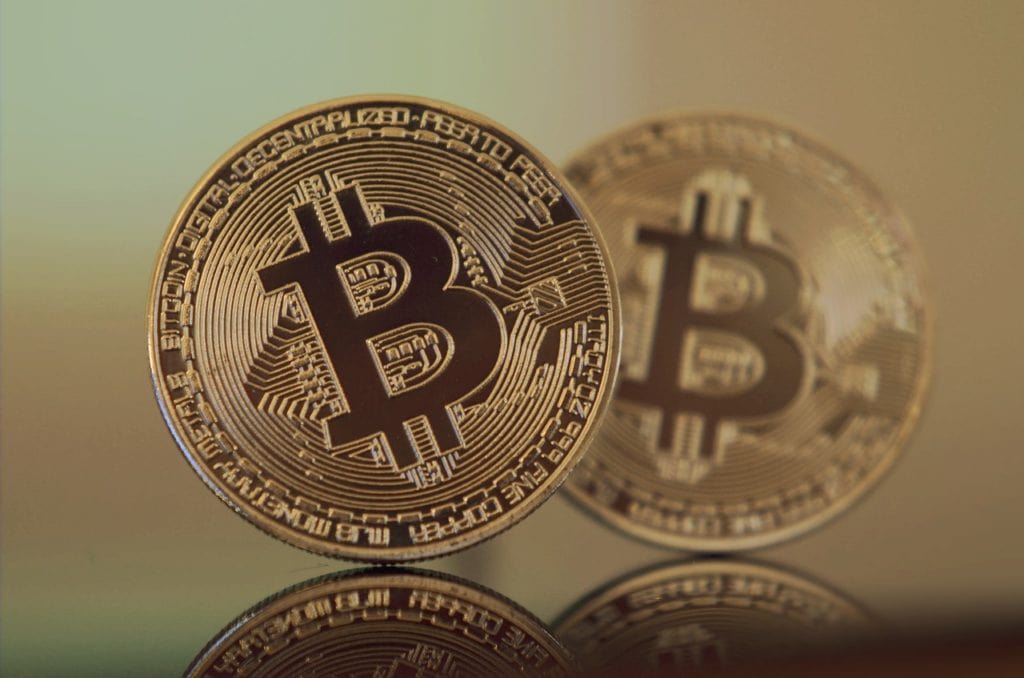 The further adventure with altcoins

Looking at the next chart from Coinbase, you may notice that investors are more likely to buy altcoins in the bull market. As in 2017, when Ethereum became the dominant trading asset on the Coinbase platform for a certain period of time, overtaking Bitcoin.

Such behaviour may have different backgrounds, but as Justin Martin of Coinbase points out, the psychological background is very important here. When people feel comfortable with their first investments (mainly in BTC), they look for new winners to diversify their investments. 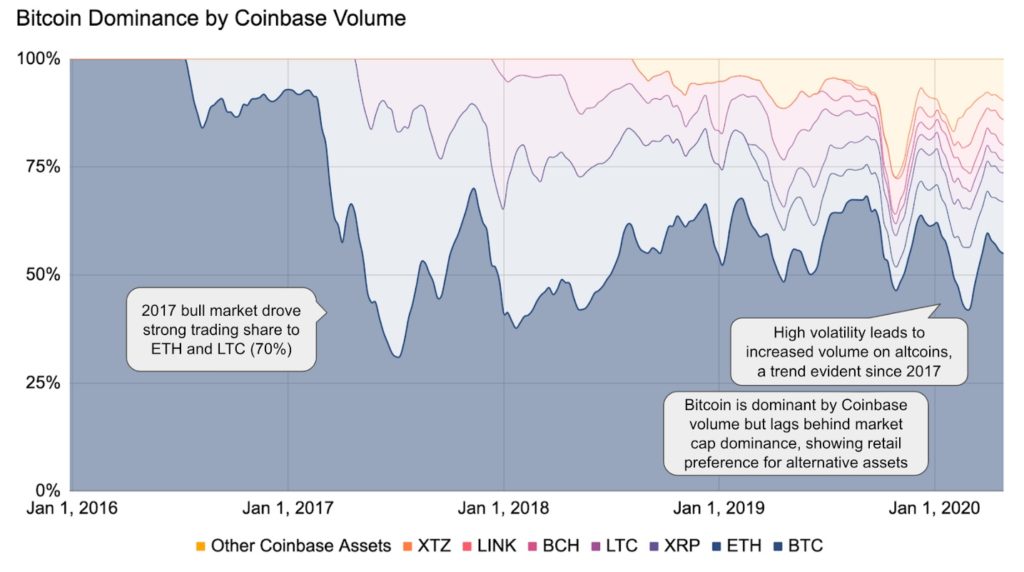 Bitcoin can be treated as temporary crypto for further investment in ever newer tokens. Although its role may soon be changed by the global market entry of Libra from Facebook. Ryan Selkis CEO of Messari Inc. suggests that Libra will become so widespread that it will act as a gateway for Bitcoin and other cryptocurrencies.

Bitcoin is a teacher and guide for new investors, and over time users become convinced of the new resources and diversify their investments. BTC is currently the king among the cryptos and will remain so for a long time, but its participation contributes to the creation of many interesting and noteworthy altcoins, which are sure to be noticed by investors.