Interview with FreeTON – The Blockchain Innovation of the Year 2021 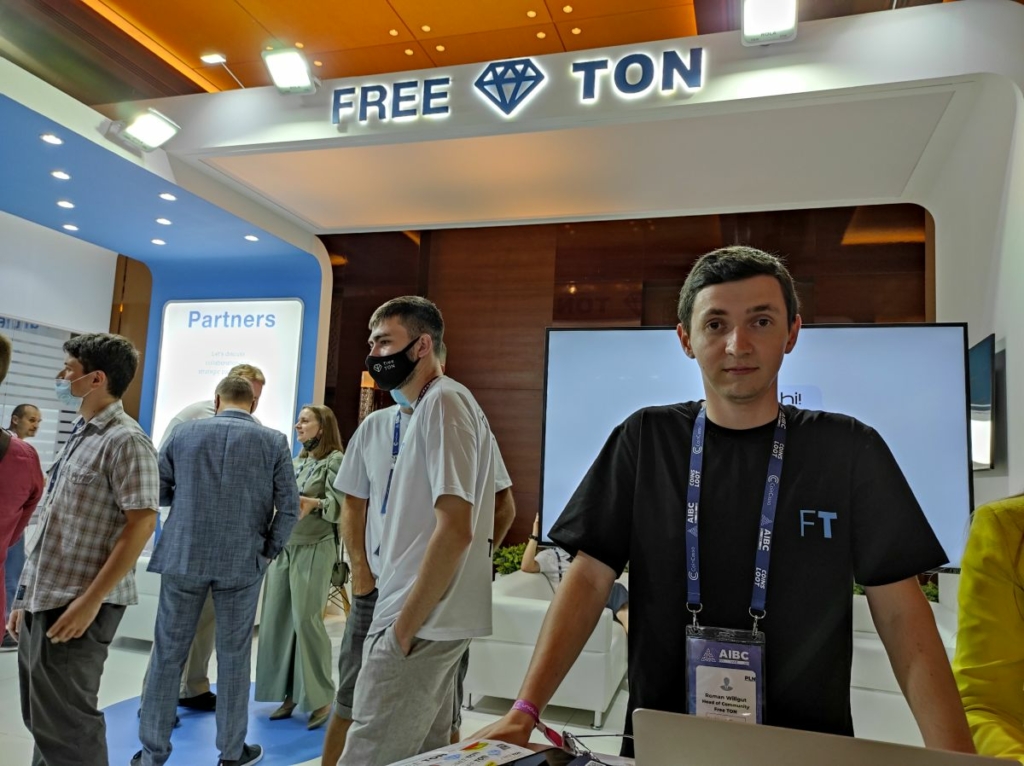 During the AIBC Summit in Dubai we had the opportunity to talk to one of the Award Ceremony winners – FreeTon Blockchain Community. They won an award in the category “Blockchain Innovation of the Year 2021”. Let’s read what Roman D., company representor at the Dubai event, said about their project.

FreeTon is a DeFi project with its own Ton Blockchain, which was abandoned by United States regulations. But then fortunately the 23 companies and community launched it as a FreeTon – as a decentralized project that everyone can participate in and can suggest their ideas. It’s more like a government system.

A special team that is everywhere

There is no main team, there are many teams because it is a decentralized government model that has many developers. They are independent bands. So they should work together to get to the main FreeTon milestone.

The biggest challenge is… Users

When we asked about the biggest challenge, Roman D said it is to reach 1 million users. But they would like there to be 5 million of them. It’s not easy to convince so many users, but FreeTon does everything to achieve its goal.

The future of project

At the beginning, let’s introduce the current plan, which is already being implemented. They recently launched the yield farming in FreeTon. The bridges are blockchain on Ethereum as a polka dot. Moreover, they are working on Solana bridge and Bitcoin bridge, because they are not so scalable as Ton blockchain. They still have a very low transaction speed. FreeTon have much more: they are currently switch from C++ to the Rust – it’s a new language in development.