“I am because we are” – Ubuntu Tribe | Interview 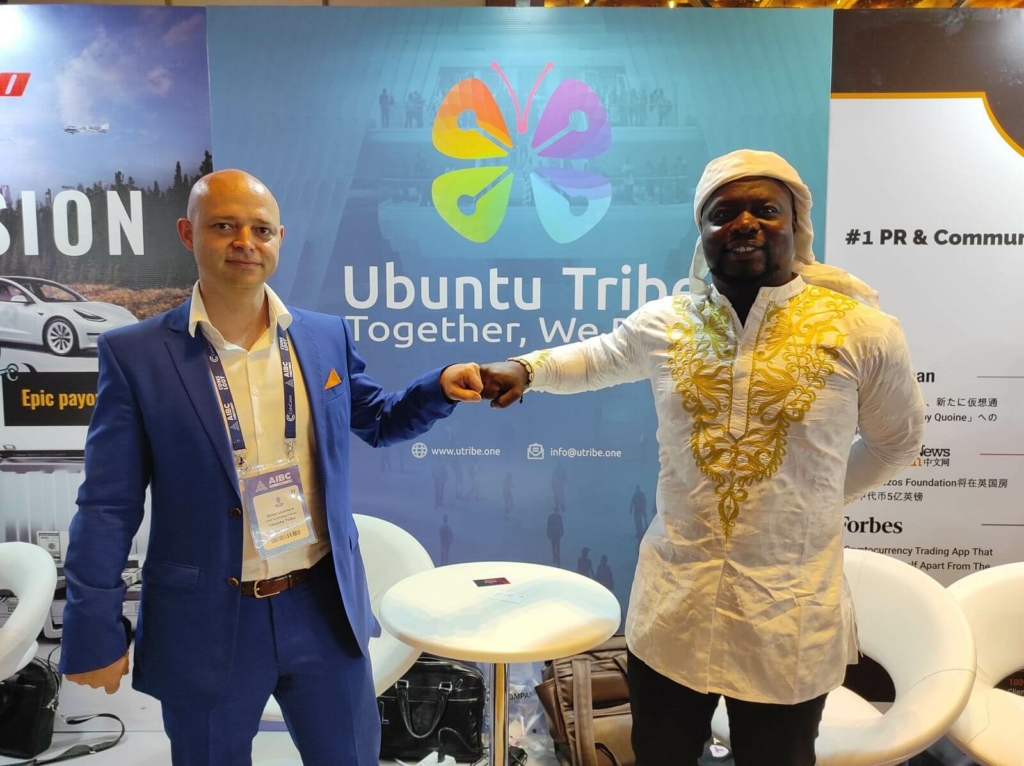 Another great project we had a chance to talk to during the AIBC Summit in Dubai was UBUNTU. We have met with amazing person Mamadou Kwidjim Toure who is the Founder & CEO of Ubuntu Tribe.

Ubuntu comes from the African world. It means “I am because we are”. They source gold ethically at a discount and they also provide gold once it’s been tokenized from as low as 5 cents to peoples’ mobile phones from anywhere around the world.

They are a team of 10 people now and they are outsourcing a big chunk of their operations through different third parties that are also a part of the Ubuntu ecosystem.

Ubuntu Tribe is looking at a launch in the last quarter of this year. Furthermore, they are also launching a digital marketplace where people could be able to not only buy the asset, but also sell goods and services with one another backed by gold.

The inspiration from Africa

When we asked Mamadou Kwidjim about inspirations, ha said: “My inspiration comes from my land, from my people, from where I am coming from, you know, deep down in Africa where I realized that as much as I’ve been privileged along my career, it wasn’t the case of so many other countrymen or African fellows. For 20 years I looked at our currency depreciating and the fact that people no matter how much they made, we had the biggest issues in accessing the global economy, accessing knowledge, accessing Healthcare. And at the same time we have so many resources, so it’s something that wasn’t adding up. At the end, I was like, okay, why don’t we just then tokenize those resources? Why don’t we use blockchain technology? To make it available digitally to all, so that we can create a Leveled Playing Field.”

The biggest challenge is always one

It took the team quite some time until they set the vision to design a fully integrated architecture that could address those key parameters in a very unique way. Most of the people who tokenize assets just solve one aspect of the problem, but when you realize the true angle of the problem, then the problem comes back in a different way, the real way. If you want to change things, you have to take a systemic approach and work with the Ubuntu philosophy, which means the collective efforts where key partners and stakeholders come with pieces of the solution to offer their customers an integrated product that they can be happy to go ahead with.