FC Barcelona sold all BAR tokens worth $1.3 million in less than 2 hours 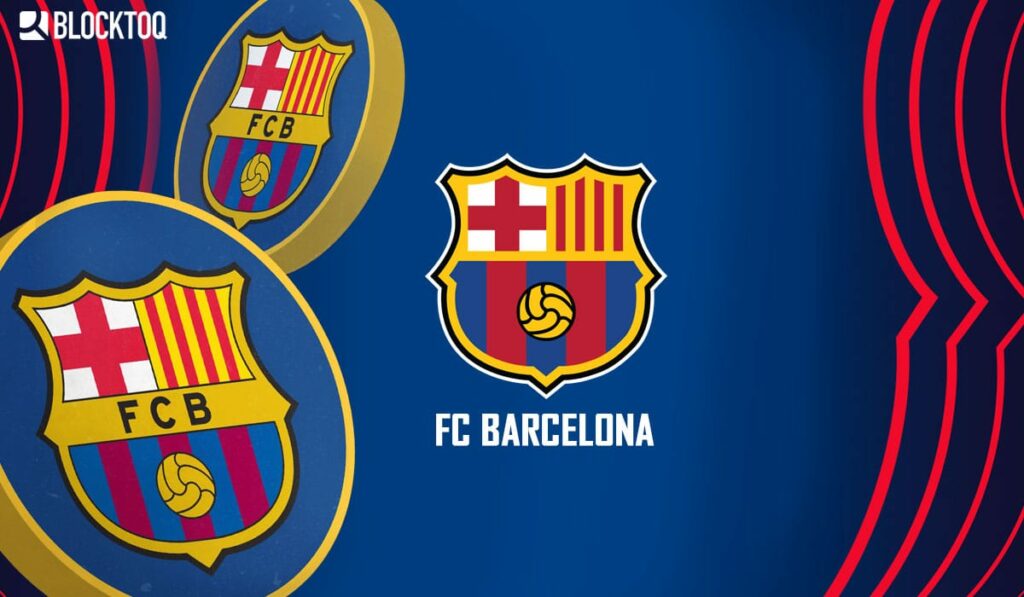 The fan token sales were supposed to last 48 hours. The cooperation of the Spanish club with Chiliz paid off.

The Spanish football club FC Barcelona has sold its tokens (BAR) to fans via platforms like Chiliz and Socios. Tokens sold out in less than 2 hours with $1.3 million in sales. Chiliz founder Alexandre Dreyfus announced on Twitter that most of the tokens (equivalent to almost $780,000) were sold out in the first 2 minutes. 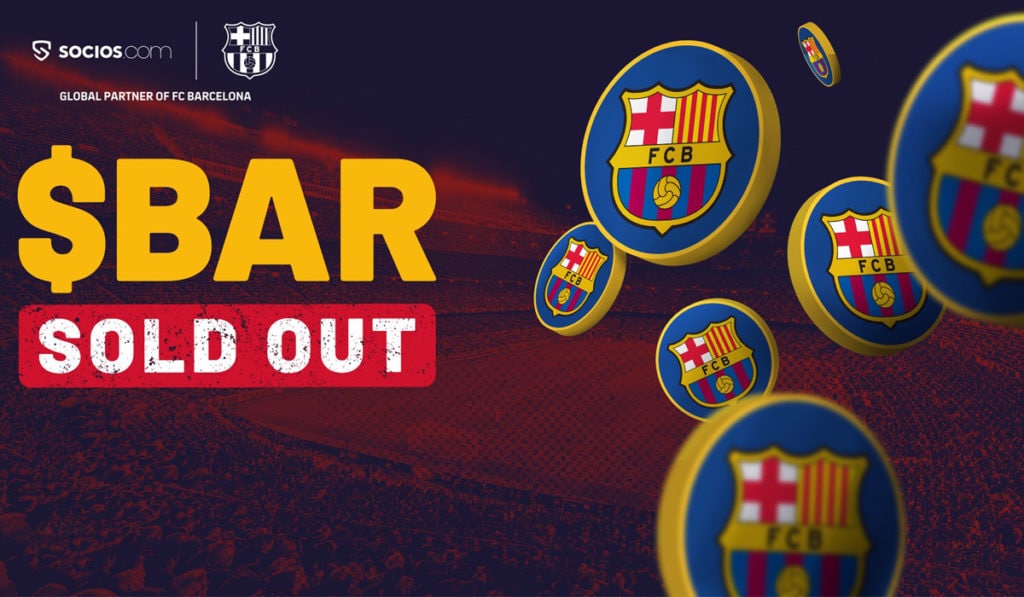 Growth in demand of Chiliz and Socios

Dreyfus said that more than 4000 fans from 106 countries took part in the football club’s token auction. According to the data, most BAR buyers come from Turkey, Poland, Japan and France. Chiliz and Socios noticed more than 5-fold increase in demand during the sale, which for companies and their founder is a great sign confirming the quality and need for their services.

Alexandre told us that they were originally planning a 48-hour sale, but did not expect such interest in tokens. Despite the delays at Socios during the sale, it went very quickly. Unfortunately, a lot of fans, despite great willingness, did not have a chance to buy the tokens due to very fast sale of all BARs and problems with platform speed. As Dreyfus emphasized, they are still working on the platforms and crypto sphere to provide users with the best possible service.

What is the purpose of BAR tokens?

For FC Barcelona, fans and interactions with them are very important, BAR tokens are to increase the quality of these interactions, thus increasing the number of fans. Digital token holders can take part in numerous social surveys and win unique prizes such as tickets for FC Barcelona VIP seats or entries to closed meetings with the club’s players. 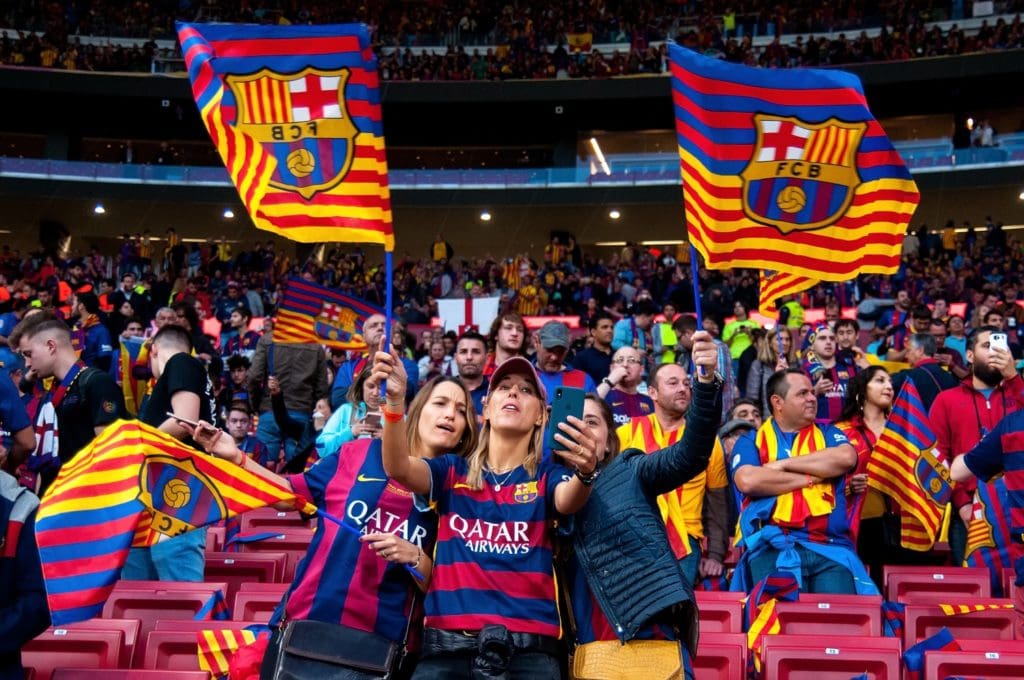 The buyers were given the right to vote in surveys on the various areas of activity of the Catalan team. The next vote will be on the choice of graphics to be placed in the cloakrooms of the Camp Nou stadium.

Further plans for BAR and other fan tokens

Token BAR is to be launched on Chiliz and Socios on 24 June so that it can be active for trading at market price. The price of each token from the first batch was 2 euros, but in the next batch, which will go on sale on Wednesday, it will certainly be higher.

The token from FC Barcelona is only one of many sports tokens operated by the platforms. The Italian Juventus club issued its own fan token at the end of 2019, and even earlier Paris Saint-Germain had worked with Socios to launch the token ecosystem in 2018. In May, the UFC started working together to create a token for fans. 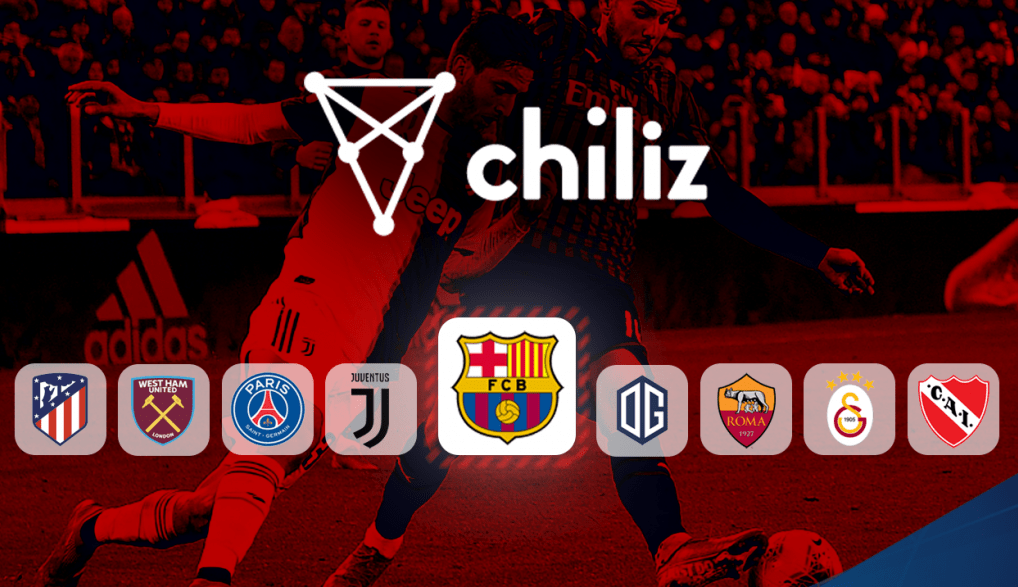 Chiliz is working to be the largest blockchain technology platform for consumers in 2020, so they are preparing marketing campaigns to get the first million users by the end of the year.

In Turkey, where passion for sports and cryptography is extremely high, Chiliz (CHZ) has become the second most popular digital currency after Bitcoin. As you can see, the demand for this type of digital currency is huge, which is why many specialists predict a huge success of Alexandre Dreyfus’ company in the long term.