Donald Trump: Cryptocurrencies are not money! 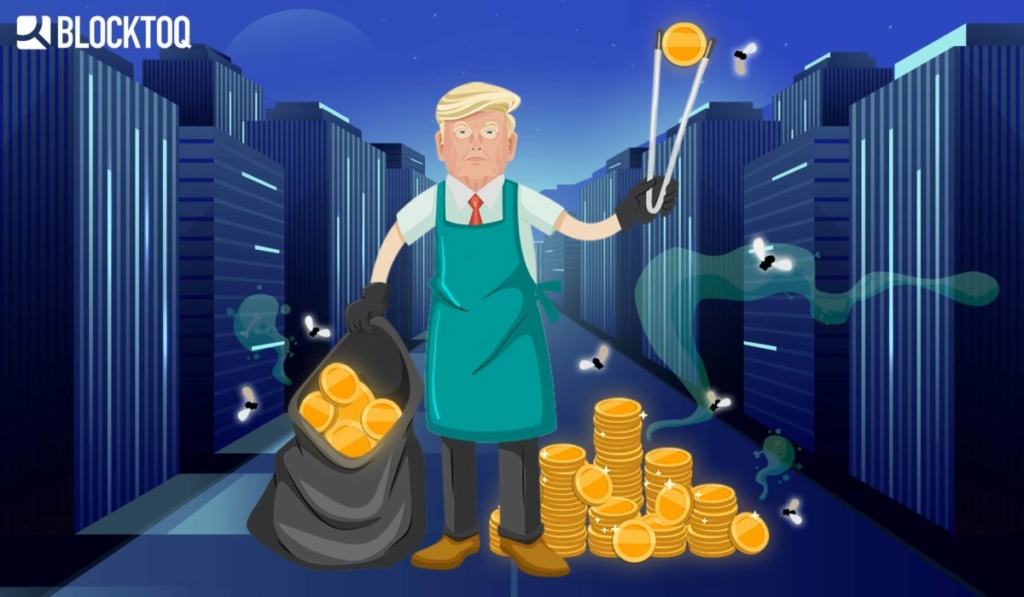 Very bold statements about cryptocurrencies were published by US President Donald Trump on Twitter. Trump claims that crypto is not money and may even facilitate drug trafficking!

I am not a fan of Bitcoin and other Cryptocurrencies, which are not money, and whose value is highly volatile and based on thin air. Unregulated Crypto Assets can facilitate unlawful behavior, including drug trade and other illegal activity….

It’s not the only Trump’s comment  – there was a series of tweets about crypto. Perhaps the President of the United States was so aggressively prompted by the recent information that in 2020 Facebook intends to present its new cryptocurrency – Libra. Soon, a meeting will be held in the US Congress related to this project. It will take place on July 16-17. Donald Trump also commented on Libra, claiming that if Facebook wants to be a bank, it should apply for appropriate permits and be subject to the same rules as all domestic and international banks. Trump clearly said that there is only “one real currency” in the US and, of course, it is the US dollar.

…and International. We have only one real currency in the USA, and it is stronger than ever, both dependable and reliable. It is by far the most dominant currency anywhere in the World, and it will always stay that way. It is called the United States Dollar!

Bitcoin price not affected in the long term?

Trump’s Tweets were published on Thursday evening, when Bitcoin was heading from about 11.100 USD to 11.500 USD and it seemed that the price will continue to grow, however Trump’s tweets have slowed Bitcoin’s “rally” a bit and it fell to around USD 11,400 to stay today (July 12) at just over USD 11,600. Time will tell if the statement of the US president will have a significant impact on Bitcoin’s price.

Preparations for the election campaign before the presidential elections in 2020 are underway in the USA. One of the interesting candidates is Andrew Yang, who is a strong supporter of Bitcoin and blockchain technology; unfortunately, his chances of success in the election are small.

What is Donald Trump playing in? Does he think that negative comments about cryptocurrencies and emphasizing the strength of the American dollar will bring him new supporters? Time will tell – remember that Trump is famous for his variability, so maybe with time he will change his mind about Bitcoin…