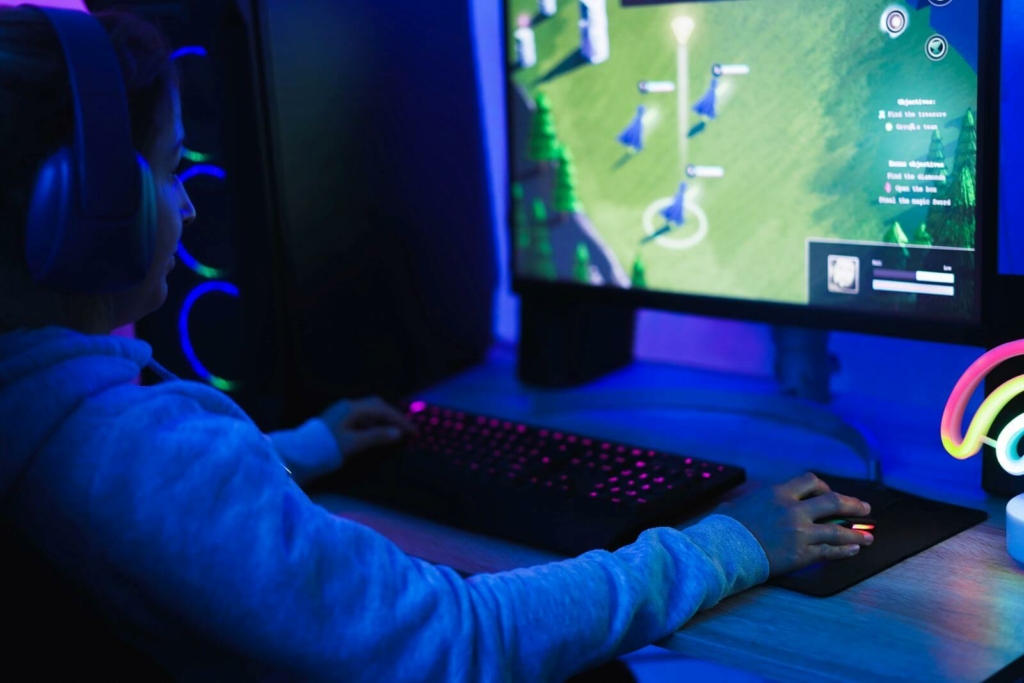 Blockchain technology seems to be a great solution to improve users’ gaming experience. No wonder that more and more companies are starting to use it. They constantly come up with innovative ideas, trying to stand out from the competition. Silica NeXus is such a unique project – the first gaming marketplace on the blockchain. We’ve managed to reach one of the team members – Jared Busby and obtain first-hand information about the project.

What is Silica NeXus?

Silica NeXus’s long term goal is to create “Ready Player One”. A giant virtual universe where all games will come together and all devices will work together.

In the short term they are creating a marketplace for NFT’s that will allow players to trade, buy and sell NFT’s. Partnered games will also have stores where they will be able to sell their NFT’s. Moreover, they will have kiosks in video game arcades where players can exchange their tickets for NFT prizes. This will create a way to onboard new players for their video game partners.

Their team is about 20 people consisting of developers, business leaders, marketing and others. Most of their team is located in the USA but they are decentralized and have people in various parts of the world.

How can they help us?

Their founders have been in the video game industry for decades. They have people from Atari, Sega, and in virtual reality. When Facebook bought the Oculus Rift they knew it was time to pursue their vision for Silica NeXus.

For NFT traders and blockchain game players they solve many problems with their marketplace.

First of all, their marketplace is blockchain agnostic so it will host a variety of blockchain games on Ethereum, EOS and others.

Secondly, players will be able to trade peer to peer with other players in an atomic swap system.

Lastly, users will be able to buy and sell hundreds of NFT’s at once.

But the biggest problem they are solving currently is player acquisition. For video game companies the biggest expense is acquiring new players. They will spend hundreds of thousands of dollars on game development and then millions on getting players onboard.

Silica NeXus seeks to make player acquisition affordable for game developers. Silica NeXus will put kiosks in video game arcades and put NFT’s from different video games on them. The NFT’s will be much cheaper to make than traditional marketing and players who receive the NFT’s will be interested in playing the game.

The vision of Silica NeXus is to create a virtual reality world that connects all devices together so everyone can play. Their plan will take place over a few basic phases.

Phase 1 – Launch of their marketplace and kiosks in video game arcades.

Phase 2 – Launch of the Silica NeXus Augmented Reality App (SARA) where people play out the first game that connects many different devices together and has players go to many different locations to play their game.

Phase 3 – The Silica NeXus is launched where game developers are able to plug their game(s) into their virtual universe.

In the near future they will launch their NFT marketplace and their kiosks in several different video game arcades.

In another sense they are competing with other NFT marketplaces and traditional video game arcade prizes. Traditional video game arcade prizes are easy to beat because most of them are terrible (Tootsie Rolls and plastic vampire teeth). The NFT marketplace space is more competitive with many other websites offering this service. Their focus will be on making the experience user friendly for blockchain agnostics and allow players to buy and sell hundreds of NFT’s in one transaction.

Silica NeXus stepped very early into the NFT space. They had to develop everything from scratch and it’s difficult to explain what NFT’s are to prospective investors and supporters. Many people are skeptical about this new industry.

“Video game NFT’s will become much more affordable” – says Jared Busby. Blockchain will find ways to scale it and make it cheaper. Silica NeXus will also offer many different services for game developers to make cheap NFT’s. In the long run most NFT’s will cost a penny or less. But there will still be special NFTs worth a lot of money.

To learn more about Silica NeXus watch this video: