CoinsLoot – NFT platform of the year? 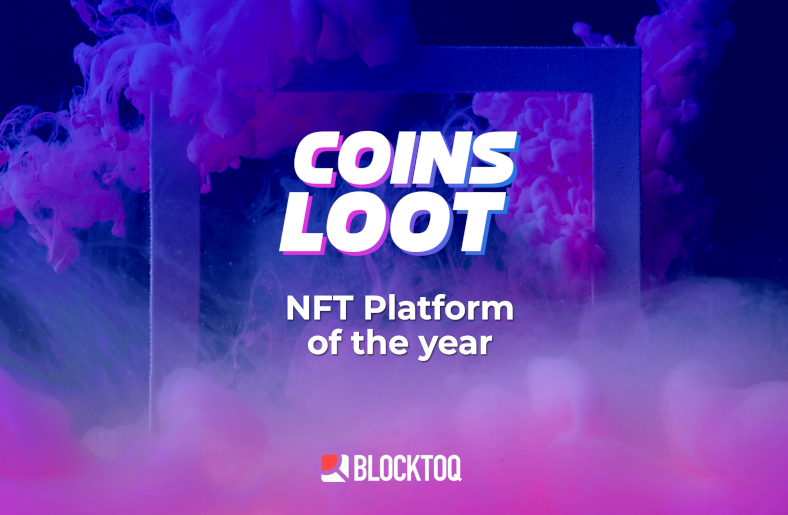 Every developing industry is moving at an extremely high pace, and blockchain is definitely one of those. Every month there are plenty of projects coming into life, every day there are new coins being listed on hundreds of exchange platforms, every minute aggregation websites are performing new data. It is becoming simply impossible to stay still and keep watching the progress: you have to move along if you want to be noticed on the market.
Creativity that meets people’s expectations – that what is needed for a successful project nowadays in order to push the industry to mass adoption and make cryptocurrency as accessible as credit cards.

Talking about the mass adoption and crypto big leap, we would like to over one of the most promising projects on the market nowadays – CoinsLoot, which was brought to you by the team of CoinCasso- one of the fastest developing trading platforms.

Being a decentralized platform, CoinsLoot.com is offering absolutely unique crypto experience: it functions as a marketplace for cryptocurrencies, DeFi, NFTs, and even real-life products. The platform is already onboarding some extremely attractive partners to list their boxes on the web: exclusive brands, Tesla, limited edition clothing and apparel, as well as some of the most high-end products on the market. In addition, CoinsLoot community members can vote for new and exclusive loot boxes to add to the platform.

Currently, the ICO for CoinsLoot is still running, but unlike many startups, MVP was delivered even before the fundraising process started, moreover, the soft launch phase was already done, and users can already open boxes and test their luck at CoinsLoot.com.

It is important to mention that while purchasing items and coins through the loot boxes you have a chance to get an item with even higher value than your initial deposit.

Users only pay an opening fee of 10% on average and will always get the item that will be worth the amount invested OR potentially more, depending on the cryptographically proven algorithm. There is no chance to get an item that will cost less than the open price. It all just sounds like a new generation marketplace, where you DO NOT NEED to exchange your crypto money for fiat.

Investing in CoinsLoot and ROI

As it was mentioned, the CoinsLoot ICO is running till the end of May, it is possible to get LOOT tokens in just a few steps through: https://buy.coinsloot.com/ by simply connecting your MetaMask. There is another way of getting LOOT tokens, which is more fun from our perspective: you can open the LOOT box which was recently listed at coinsloot.com and by opening it, you have a chance to get more tokens than you paid for! Isn’t it sound amazing?

The LOOT token holders will be able to stake tokens on CoinsLoot Platform and get dividends each time someone is opening the box! 75% of the profit will be distributed between token holders.

Blocktoq managed to have some insight info on the profit forecast, which says that if the platform gets just 5,000 daily users, the daily CoinsLoot profit will be around $280,000 a day, 75% of the profit will be distributed between the token holders

LOOT token itself is an ERC-20 based token, which was issued with the limited supply of 1,000,000,000 tokens. By today, more them 85% of LOOTs were already sold, so if you want to benefit from this new and innovative project – use your chance and get some tokens now.

As it was mentioned before, CoinsLoot project was successfully delivered by the founders of CoinCasso.com which is exhibiting at one of the largest blockchain summits – AIBC Dubai edition.
In order to deliver the beautiful idea on CoinsLoot to the broader audiences – the team will be joining the event as well. Also, the grand opening day is planned for May 27th, which is the day when the ICO will be over and LOOT token will be listed on CoinCasso!

Another reason to join such an event was CoinsLoot nomination for the “BEST NFT PROJECT OF THE YEAR” award in Dubai, it is impressive to get such recognition at a very early stagy, which only proves the legitimacy of the idea and product itself!

The team will be happy to join the crypto community in Dubai on May 25th-26th in the Intercontinental Festival City.