CoinPaprika – the successor of CoinMarketCap? 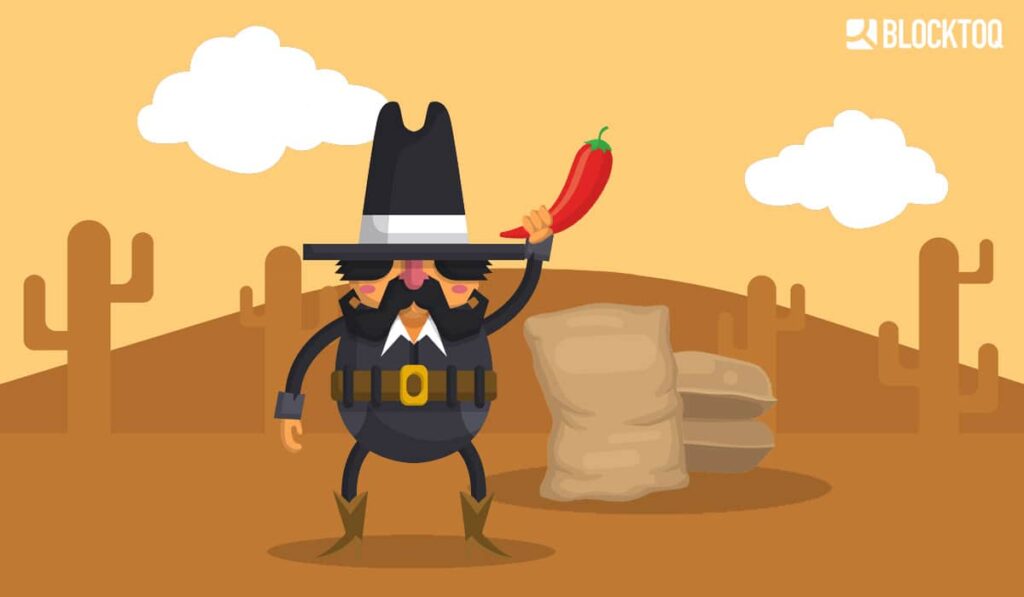 Many cryptocurrency enthusiasts cannot start their day other than with a good cup of coffee in hand, watching cryptocurrency prices and exchange volumes on CoinMarketCap. They can be so “blinded” by CMC, that they don’t even realize any alternatives exist. During this year’s spring edition of Malta AI & Blockchain Summit, we had the pleasure of meeting the CoinPaprika project representatives. Let’s take a closer look at what innovations does their project bring to the table.

CoinPaprika is a Polish project that decided to go against the dominance of CoinMarketCap. It started as a simple side project, solely based on cybersecurity as the main company effort. They invested their own funds on top of those obtained from strong investors.

CoinPaprika service is available in nine languages: in Polish, English, French, Russian, Turkish, Chinese, Georgian, Spanish and Portuguese. One of the bigger advantages is a lack of any ads on CoinPaprika. The data provided on the site is as good as anything found on CoinMarketCap: detailed info, along with charts showing current cryptocurrency trends, exchange volumes, ICO reports, and links to the latest news from the crypto world. It’s possible to browse through available cryptocurrency prices, but also their rankings based on the rate of return, ATH, and even the number of followers. Everything is presented in a very attractive way; some even consider it more friendly than the CoinMarketCap! An interesting service addition is the possibility of tracking all daily transactions and option to follow the largest wallets. Intuitive filters are also a plus. The site has a comfortable and functional design that – of course – if responsive and works well on mobile.

However, that’s not all that CoinPaprika offers. Recently, the Polish company presented a new project – COINS. It’s a multifunctional application that contains virtually everything that any cryptocurrency enthusiast could wish for – a wallet, an exchange market, and a set of cryptocurrency statistics in one. It’ll soon be available for iOS and Android devices. The app allows the user to store, send and receive funds, as well as buy coins directly through it. The motto behind the app’s creation was Aristotle’s “The whole is greater than the sum of its parts.”

COINS will help one become a better investor – it helps with browsing through offers from different teams, reading their whitepapers, checking statistics of different coins and such. An interesting innovation is the possibility of trading crypto directly through the app, thanks to a built-in non-custodial exchange market. Users have their private keys with them and can trade without any third party interraction, holding their crypto in a multicurrency wallet; there are plans for at least 300 cryptocurrencies to be available, with a possibility of hitting a thousand, as CoinPaprika’s CEO Michał Grzybkowski said in an interview given during Malta AI & Blockchain Summit .

Another competitive offer presented by CoinPaprika is their API data – which is free and allows for over 25 million monthly calls from 17 endpoints. Creators of CoinPaprika noticed that when it comes to data, the market is centralized, and that it’s difficult to find high-quality data for free. CoinPaprika compares itself to the competition, pointing out that:

Other advantages are: the ability to access historical data older than 12 months, and a convenient search engine, based on phrases and tags.

CoinPaprika.com was founded at the start of 2018. Not long after, on September 2018 it reached its first milestone: one million visitors in a single month; by December, development of the COINS app started. Its launch is planned for Q3 of 2019, with first beta tests on iOS devices. There are also plans to launch an Android app (around November 2019) and a possible ICO or STO in August 2020.

We’re very interested in further development of the CoinPaprika project. The solutions they provide might be a breakthrough the cryptocurrency market needed. Is it a successor of CoinMarketCap we asked for? Time will tell.