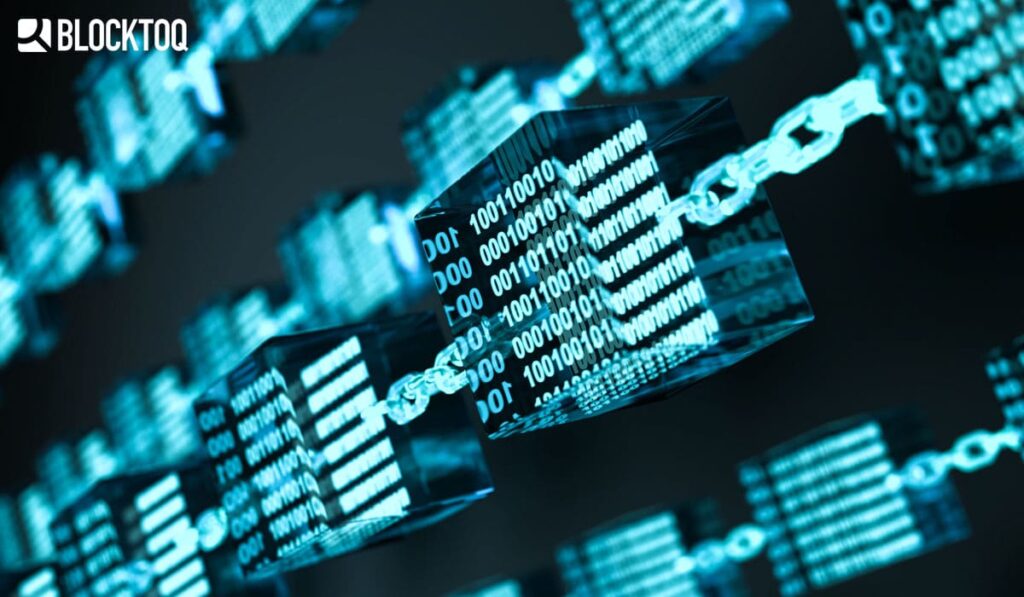 Research carried out by Deloitte shows that blockchain has become a priority for companies that can make good use of it.

Deloitte is one of the so-called Big Four financial auditing companies in the international network of trading companies providing consulting and auditing services. Founded by William Welch Deloitte, the company has generated more than $46 billion in revenue in 2019 and this figure is growing year on year.

The survey conducted by the audit giant shows that 39% of the world’s largest technology companies are currently working on the development of blockchain technology, and 9 out of 10 analysis respondents believe that blockchain will become the most important innovative technology in the next 3 years.

Details of the survey

The Deloitte Global Blockchain Survey 2020 undertaken between 6th February and 3rd March showed that exactly 39% of the 1488 companies audited in 14 different countries (including the USA, South Africa, the UK, Hong Kong) said that they had already included blockchain in production in their activities. Compared to 2019 there was a 16% increase. We are talking about companies with annual revenues of about $100 million. 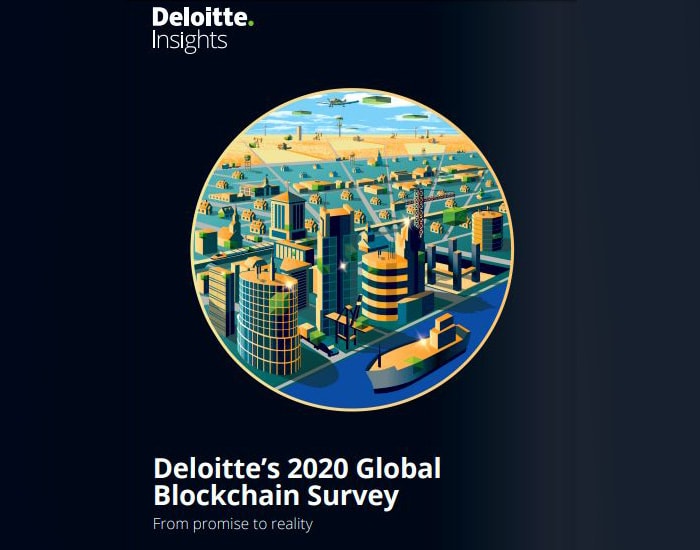 Analyses carried out by Deloitte revealed a growing demand for innovative technology and a recognition of the potential of blockchain as a very useful resource of the future.

According to many specialists, blockchain technology will be used in every industry over the next 50 years, and in just the next 10 years the demand for blockchain specialists will be so high that every university will offer courses related to this innovative technology. 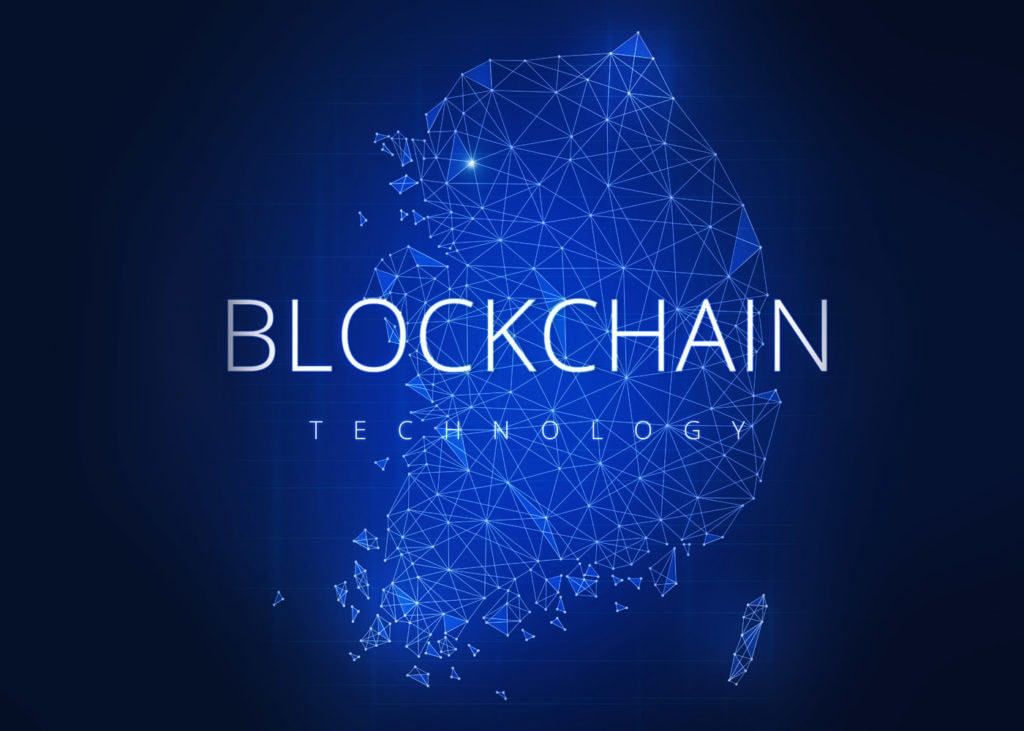 The survey showed that as many as 89% of the respondents believe that digital assets will be needed for their industries in the next 3 years, and 53% said that they will be a priority for their companies as many complex processes can be greatly facilitated and streamlined.

Deloitte reported that 82% of the companies said they would hire employees with blockchain expertise over the next 12 months and almost the same percentage of them said they would lose their competitive advantage if they did not start using this innovative technology. 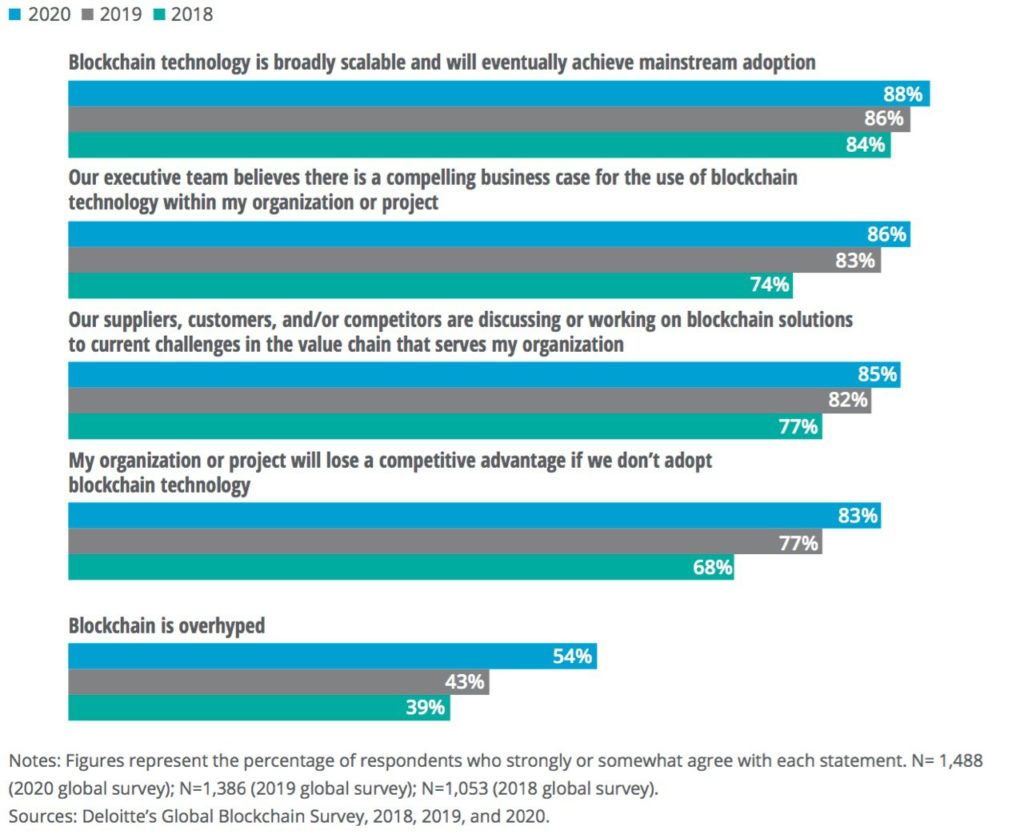 China in the lead

According to Deloitte, blockchain adoption is better accepted in some countries than in others. In the USA, for example, 31% of respondents said they had blockchain in production, while in China this percentage was 59%, almost double that.

Digital assets are much more popular in Asia, where technology is at the highest level and its potential is well understood, which is why China is the fastest growing technology country in the world. More than 90% of respondents from China stated that digital currency will serve as an alternative to fiduciary money, it can be assumed that the results are due to the government’s active efforts to introduce the digital yuan, which has already received a pilot version of the application. 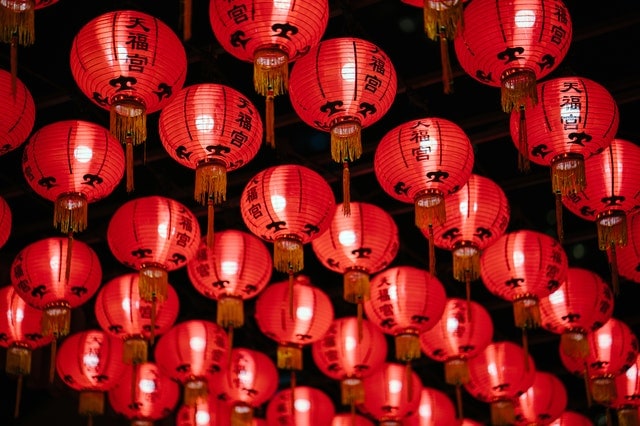 The blockchain technology is certainly an innovative resource that will be used on a daily basis in the future, but it is still not well developed at present and we only use its small potential.

The popularization of the cryptocurrencies puts blockchain in a good light, and large companies show the demand for this kind of technology, so in the coming year’s many new jobs in this industry will be opened and the best specialists will be rewarded with dignity. We’d be happy to find out what you think about blockchain and what you think it may cause in the future.