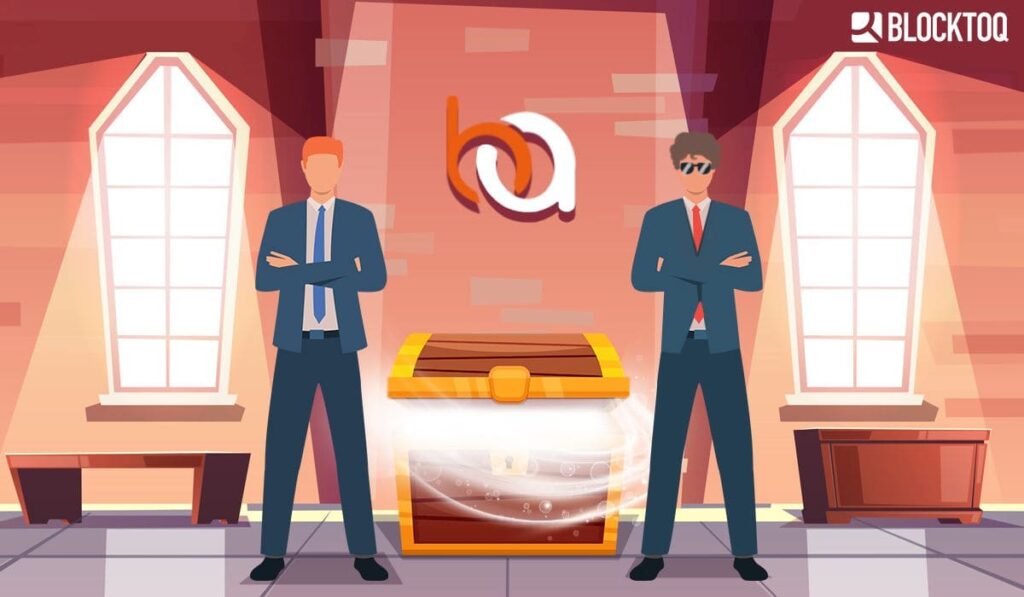 Carrying out an effective ICO, STO, or establishing a successful cryptocurrency exchange requires a lot of experience and a team of specialists. Doing it blindly, without the right background, is a sure step to failure. Fortunately, there are companies on the cryptocurrency market that can help with running your blockchain project. One of them is Blockchain Advisory – we met with them during the Malta AI & Blockchain Summit. Let’s take a closer look at their mission and clients they are working with.

Blockchain Advisory is a VFA (Virtual Financial Assets) agent located in Malta. The company assists businesses from various countries with obtaining a license on the “blockchain island”. They operate as MFSA (Malta Financial Services Authority) gatekeepers and serve as the main contact for all licensing requirements related to VFA in Malta.

Besides obtaining licenses, Blockchain Advisory helps in a range of different services as well. Among them are: regulations related to the legality of issuing your own token, system audits, preparation of appropriate terms and conditions of your project, implementing AML/KYC procedures, fundamental analysis on project’s long-term prosperity, promoting your ICO during blockchain events, getting your own blockchain development team and so on. They provide advice on creating and conducting effective ICOs, STOs, crypto funds, and crypto exchanges. Blockchain Advisory is a versatile company with relevant experience to help you succeed with your blockchain project. This is a rapidly growing team of people who are experts in the field of legal regulations and blockchain technology.

Blockchain Advisory cooperates with many well-known blockchain projects, including governments of some countries. The managing director of the company, Jonathan Galea, is also a president of BitMalta, a local non-profit organization which focuses on the advocacy of blockchain technology and cryptocurrencies. BitMalta worked with the government of Malta. Galea was also one of the speakers during the Malta AI & Blockchain Summit.

Recently, Blockchain Advisory has also announced a collaboration with the Serbian government. The company established cooperation with USAID Serbia Cooperation for Growth Project, thanks to which it formally advised the Government of Serbia in the implementation of various innovations related to the technology of the distributed ledger. They conducted a lot of successful meetings, including the Serbian Ministry of Trade, Ministry of Finance, and Office of the Prime Minister representatives. What’s more, Blockchain Advisory also works with Waves. Waves is one of the most popular cryptocurrency platforms in the world, based on its own blockchain. Users can create their own tokens in Waves, and the platform consists of a decentralized exchange, a wallet and tools for issuing tokens. Some say that Waves is a great alternative to Ethereum, being cheaper, which is especially helpful to startups. Currently, Waves’ cryptocurrency is placed in the top 40 at the market capitalization ranking according to CoinMarketCap.

As we already mentioned, Dr Jonathan Galea is a managing director of Blockchain Advisory. Graduating in law, he was interested in the world of cryptocurrencies since 2013. He was a speaker at more than 30 blockchain conferences. In June 2014, he created a popular Facebook group called “Bitcoin Malta”, which today has over 4500 users. Dr Jonathan Galea is the author of the dissertation “The Effect of Bitcoin on Money Laundering Laws”, which is one of the first in the world that touched on this topic. As an advisor, he participated in many ICOs, including Suncontract (2 million funds raised according to ICOrating), Fund Platform (over 4 million), ShareRing, and Xaya (over 2 million). In July 2017, he co-founded Bitmalta, the first non-governmental organization in Malta dedicated to the support of cryptocurrency and blockchain projects. Jonathan Galea is also a certified C programmer.

One of the key people within Blockchain Advisory is also Anton Dalli, a blockchain evangelist, business strategist, and a consultant. He’s the manager at Nexia BT, the fifth largest audit firm in Malta and has over 25 years of experience, being a member of a global network of business advisors and consultants in over 120 countries. He has a Masters’ Degree in Business Administration from Henley Business School, and is a Certified Information Systems Auditor (CISA). Possessing over 20 years of experience in the IT industry, including developing systems in such languages as VB.net, Java and C. Like Galea, he was also a speaker at the Malta AI & Blockchain Summit.

Blockchain Advisory is definitely a company providing competitive and innovative solutions, and thanks to its experienced team, we strongly believe that it will be continuously successful in the blockchain industry.