BitTorrent token – the father of cryptocurrencies and p2p networks 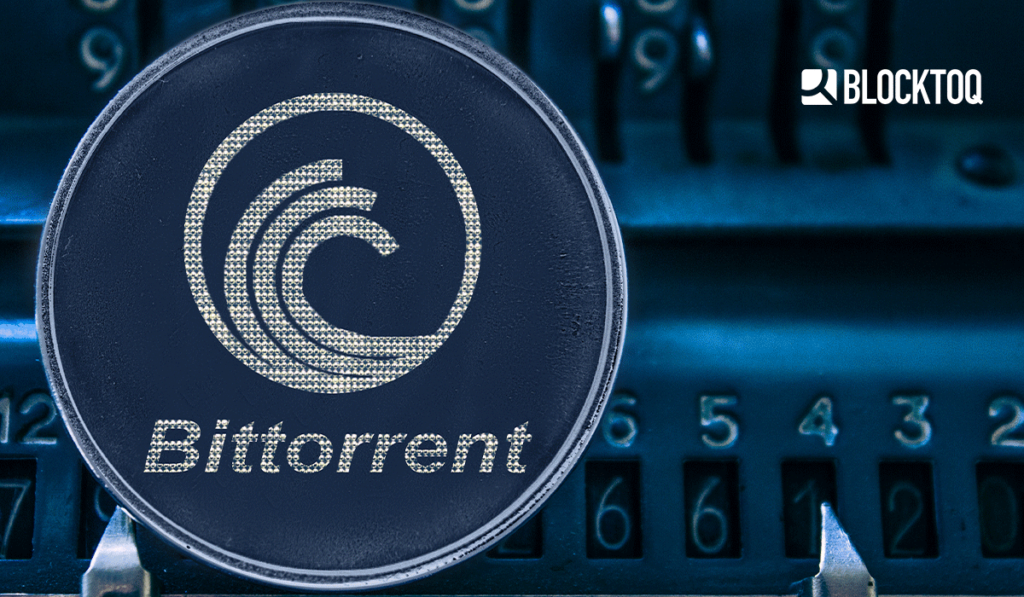 One of the first p2p file-sharing networks – BitTorrent has its own token based on the blockchain technology of the innovative TRON platform. The solution is to provide economic incentives, the main purpose of which is to increase the benefits for active users. The token is also intended to connect independent content creators with their potential recipients – all this will allow transactions with BTT. This is one of the first such projects in the history of crypto.

The origin of BitTorrent – how did it start?

In 2001, Bram Cohen created the BitTorrent network – one of the first decentralized networks for exchanging files between users. It is currently the most popular p2p network with 100 million active users. The most important BitTorrent client is µTorrent, which is available in many of the most popular operating systems. Of course, this solution also raises controversy. They mainly concern shared content from illegal sources and the activities of cybercriminals. However, BitTorrent can be considered the undisputed leader in file sharing. In addition, the technology can be used in other innovative projects.

On December 3, 2018, Justin Sun – the creator of TRON announced plans to create a utility token for the BitTorrent platform he owns. Ultimately, the concept was to be the implementation of the assumptions of the Atlas project, whose priority is to develop full integration of the BitTorrent p2p network with the TRON blockchain.

The very course of the ICO project was extremely innovative. It was planned during the public sale of BTT tokens, which were based on a Smart Contract in the TRC-10 standard and the TRON blockchain network. 59.8 billion BitTorrent tokens were allocated for sale. Each of them costs $0.00012. The collection was carried out on the new Binance Launchpad platform, therefore deposits could only be delivered in TRX and Binance Coin (BNB).

13 minutes and 25 seconds – all tokens were sold at that time. ICO would probably end in 1 minute, but investors’ interest was so great that technical problems appeared on the Binance Launchpad platform. During the action, a large number of participants were logged out of the system or could not access their accounts. All users who encountered difficulties and therefore did not manage to buy BTT received compensation in the form of 5,000 tokens under airdrop. Eventually, $ 7.2 million was raised during the ICO.

Want to know more about BitTorrent $BTT, the token that will enable #blockchain mass adoption? Read our whitepaper https://t.co/vF74O2VSmX pic.twitter.com/BOdoAP0MLJ

BitTorrent token – what is it for?

The main assumption of the entire enterprise is the implementation of a token economy to the BitTorrent network. Thanks to this, user activity can be rewarded. Additionally, you can receive a profit for your utility tokens.

The biggest BitTorrent network problem that could not be solved is engagement asymmetry. The phenomenon is that most users are active on the network only when they need a specific file. If they get it, their activity automatically decreases because they see no sense in expanding the platform. The result is a huge amount of “dead” torrents, and their download is significantly longer.

BTT tokens appear here, which are to be a form of reward for the most engaged network users. On the other hand, BitTorrent Speed ​​is expected to download files faster. The TRON platform also has a significant impact on the entire project – it confirms the transaction carried out in BTT within 15 seconds.

The functionality of BTT tokens means that in the future they can be stored in most operating wallets adapted to ETH. All applications adapted to support BitTorrent networks can also fulfill this function.

Currently, the BTT token is supported by the Trust Wallet and Bitpie mobile wallets – available on Android and iOS.

BitTorrent – how is it doing in the crypto world?

The BTT token is listed on 9 cryptocurrency exchanges. He managed to achieve the highest liquidity on Binance – this is the value of over 50% of the daily volume. BitTorrent is also available on Upbit, OKEx, Bittrex, and Kucoin. This is one of the few tokens that has marked its presence on so many exchanges in the first few days of starting the ICO.

After the completion of the ICO, BTT gained significant value in a few days. In 8 days after February 5, 2018, at 0.001243 and market capitalization exceeding USD 82 million – an increase of 935%. This was achieved during the week. The BitTorrent token was ranked 53rd in the CoinMarketCap capitalization ranking.

February 5, 2018 – 8 days after the end of the ICO, the BTT peak was recorded. A 935% increase was achieved in just over a week. The BitTorrent token was also ranked 53 on the CoinMarketCap capitalization ranking.