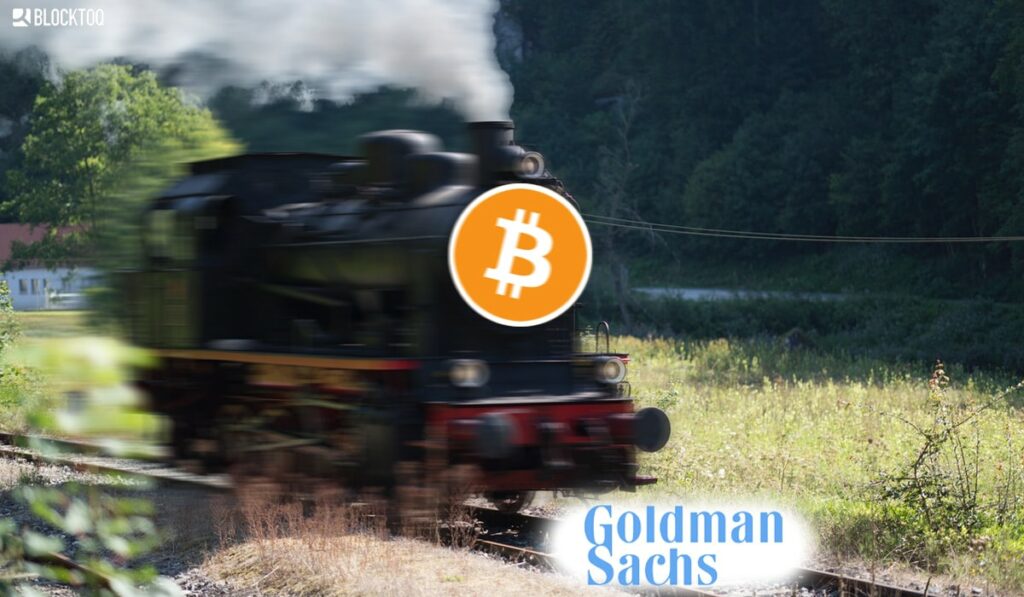 The opinion of Goldman Sachs

As we wrote in a recent article, the bank giant Goldman Sachs sharply criticized the Bitcoin saying that is not a good investment asset. According to the bank, it does not bring profits to its owners in the same way as shares and bonds do.

As we know, Bitcoin has always struggled with the critical opinions of the banks, so this time too, it was nothing new, but the moment when the price of this most popular cryptocurrency rose is perfect because it happened shortly after Goldman Sachs accusations.

Goldman Sachs does not recommend investing in Bitcoins, believing that it is not a good market for investments. Some people have certainly noticed that the actions of a financial giant are caused by self-interest and not by the good of customers, and this fact was only highlighted by the recent increase in the price of Bitcoin from $8,800 to $9,600 with a resistance of $10,000 insight.

Overdue advice from an investment bank

Goldman Sachs argued in the report that Bitcoin is not legally justified, has no cash flow, does not provide diversification and does not show any evidence of inflation-proofing.

Gemini stock exchange co-founder Cameron Winklevoss said that the bank’s criticism is outdated and misguided. Bitcoin has been recognized as a commodity by CFTC already in 2015, so it is an asset whose price is determined by supply and demand, just like gold or oil.

goldman sachs: admits guilt in jho lo / 1MDB scandal where $6.5B was laundered, pays one of the largest fines ever

also goldman sachs: bitcoin is bad because it has been used for money laundering which is also bad

According to Skew’s analytical platform, the rise in BTC prices has resulted in $40 million in short term bets on BitMEX over the last 36 hours. The 24-hour trading volume alone has remained constant over the last 7 days. Investor actions also indicate faith in a long-term Bitcoin rally.

The increase may be related to the latest information about the high probability of Bitcoin entering ATH after exceeding the $10,000 resistance level. The rapid approach to the barrier may have caused an avalanche of FOMO and thus “pumping” the crypto price.

The increases could also be due to the fact that Bitcoin tends to have increased volatility around the expiry date of BTC’s CME futures. And we must remember that these expire at the end of the month with over $328 million in BTC derivatives.

Arcane Crypto analyst Bendik Norheim Schei says that “Futures contracts are optimal for manipulation because they are settled in dollars, not Bitcoins. The settlement price depends on the price of BTC on the underlying market. For this reason, Bitcoins never change ownership, and this is simply the base market in dollars.

Looks like Goldman Sachs has taken the same path as J.P.Morgan in the last few years. Bank director Jamie Dimon said some time ago that he will fire every employee he catches on BTC trading, and recently the bank has offered its services to two major crypto exchanges, Coinbase and Gemini, and has changed its attitude to crypto by talking positively about blockchain technology and announcing plans to issue its own digital currency, JPM Coin.

Blockchain technology and cryptocurrencies are becoming commonplace across the globe, and people have more options than just traditional banking, so even large banks should adapt as long as they can or lose out.