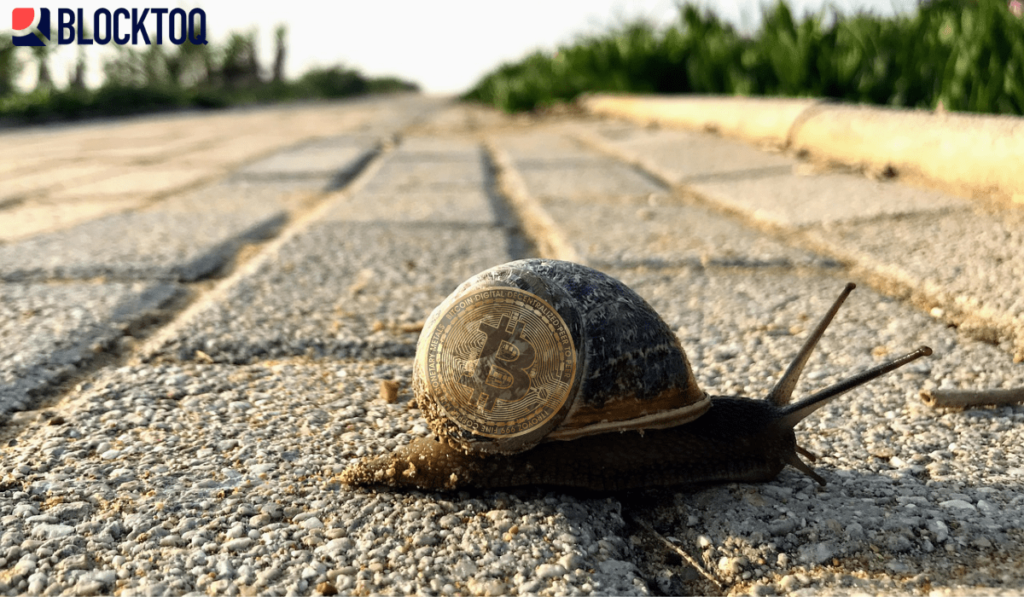 After halving, as Bitcoin mining became more and more expensive, many miners decided to leave the business. Some mining machines started to be unprofitable and the purchase of new ones and the vision of higher electricity charges meant that fewer and fewer Bitcoins were being mined.

The speed of BTC generation has dropped to that of 2017

By decreasing the number of miners, the number of blocks generated in Bitcoin’s blockchain has significantly dropped. On 18 May only 95 blocks were mined. This means prizes of just over 600 BTC. Before halving every day the prizes were about 1 800 Bitcoins. The expected number of BTCs mined after halving was 900 a day. What happened?

In the last few years, there have only been 8 days in which less than 100 blocks were mined. Most of them took place in 2017. Currently, many miners are unable to mine further, as the price of Bitcoin has remained the same and the amount of Bitcoins mined has been halved. After halving, the daily output of Bitcoin was at 100-120 blocks, but on 18 May it fell to 95. 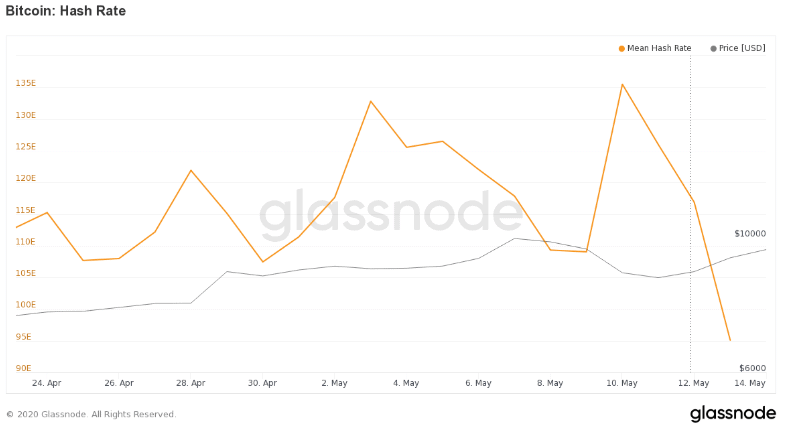 The biggest cost for miners is electricity. Depending on the region, the costs of digging may vary. Miners with poorer equipment or higher electricity costs have to wait until BTC prices compensate for the digging costs. However, many of them will decide to leave the business. Only very experienced and efficient miners will then remain in the market, who will accumulate a much higher amount of BTCs, by reducing the number of competitors. For older generation generators, which now account for about 30% of the market, electricity prices would again have to fall significantly. In view of the economic crisis, such an option seems possible, but it is not clear how a reduction in electricity prices would affect the number of active power generators. The second possible solution, in this case, is a significant increase in BTC. Will the price of Bitcoin increase as after previous halvings?

Will the Bitcoin price compensate mining?

There is a 9% chance that by the end of 2020 BTC will cost $20,000. Based on the Bitcoin price charts from the previous halvings, it can be assumed that after 6 to 8 months, prices will start to rise strongly. However, BTC prices are currently subject to quite large fluctuations and it is almost impossible to predict them in the long-term. During the COVID-19 pandemic the upcoming months’ Bitcoin values are highly uncertain, so investors are very cautious in long-term predictions. BTC prices will determine whether there will be a much smaller number of miners left in the future, but they will hold more power in their hands, or whether smaller players will return to the game.