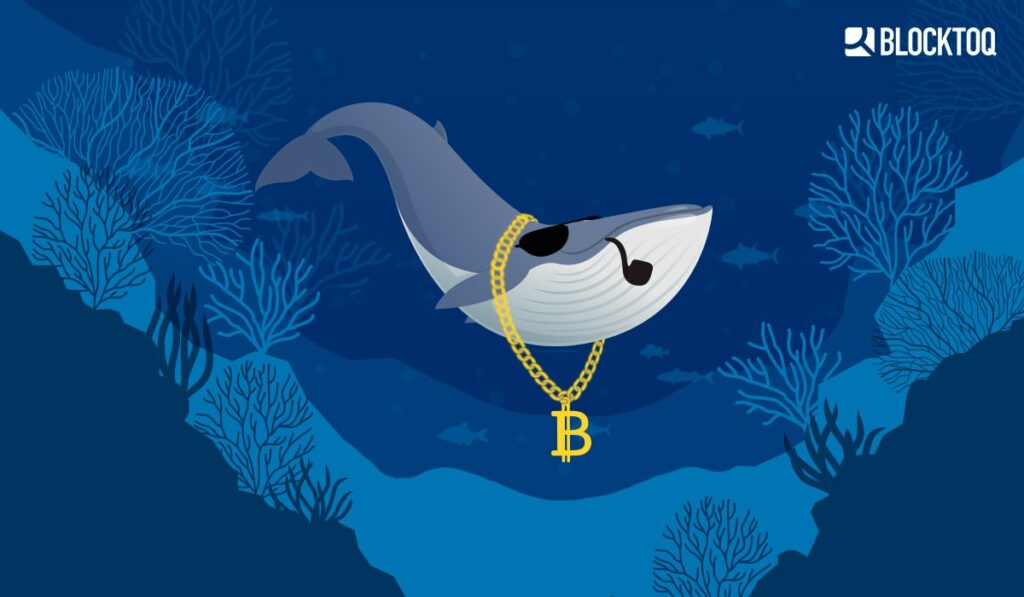 Anonymous Bitcoin whale moved 40 000 BTC (about 229 mln USD) from one Bitcoin’s blockchain address to another.

Who is this whale?

There are some rumours about who is the whale on Twitter. Some people state that it is a user forum Bitcointalk forum hidden by a name “Loaded”. He is well-known there for possessing 40 000 BTC. So far, “Loaded” hasn’t denied neither confirmed these rumours.

The address names are the following: from (bc1q9sh6544xls87x7skjzyfhkty4wq7z76vn7qzq9) to (bc1q5shngj24323nsrmxv99st02na6srekfctt30ch). The first three letters – “bc1” – indicate that the address takes advantage of SegWit – Segregated Witness protocol. This protocol has been introduced in August 2018 with an aim to accelerate transactions concluded on Bitcoin, and to make them cheaper – the whale paid only 57 cents for transferring 40 000 BTC! It proves that Bitcoin transactions definitely help people to save a lot of money on cross-border transactions and to move funds in a safe, anonymous way.

As Bitcoinist reports, the richest Bitcoin’s holders start to accumulate funds – the 100 largest addresses of Bitcoin wallets have accumulated 150,000 additional coins. The Bitcoinist portal has thoroughly analyzed this phenomenon and concluded that they come from wallets worth less than 1,000 and 10,000 BTC. What does it mean? Namely, that the “rich” become richer. It is worth noting that many of these addresses belong to the exchanges, though.