A police raid on TRON’s office – what is the truth? 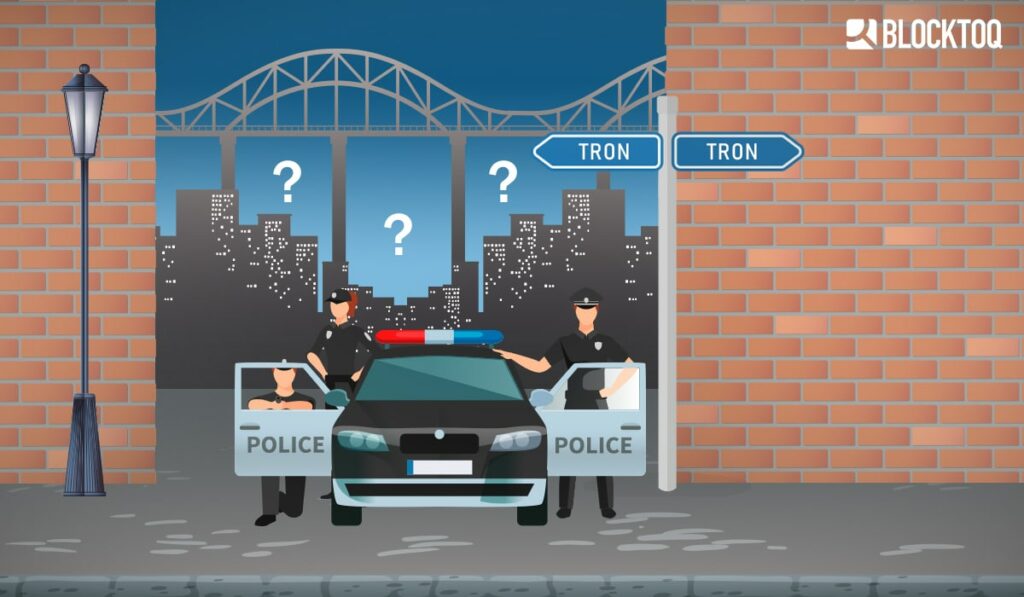 The TRON platform, which is currently in the top 10 at the market capitalization ranking, again aroused considerable emotions. There were rumours about the police raid on TRON’s office in Beijing. What’s the truth?

It is said that the police was called after a crowd of nervous investors invaded the Beijing office of the Tron Foundation on Monday. However, according to TRON, investors stormed the wrong place. They approached Raybo Technologies’ office, which is a TRON affiliate.

This happened after investors were deceived by fraudsters using the Chinese name of TRON. The so-called “Wave Field Super Community” was supposed to work using the Ponzi scheme. Apparently, we’re talking about a financial pyramid that has acquired about $145 million! Victims were promised high rates of return on investment in the name of TRON, BitTorrent and uTorrent. After Monday’s reports, TRON’s price dropped immediately.

Police raids at #Tron offices in Beijing? Additionally, there's many angry people gathered there who are saying things like "Tron is a scam". $trx #trx @justinsuntron pic.twitter.com/qFykQErQu6

According to thousands of victims, the phishing company introduced itself as one of the so-called “Super Representatives” of TRON. The TRON platform is known in China as “Wave Field”. Similar names allegedly prompted investors to put their money into Wave Field Super Community. Investors who broke into TRON’s office yesterday claim that its CEO Justin Sun is a silent partner of fraudsters.

Justin Sun’s answer came on the day when one of the victims, a single mother named Xia Bing, committed suicide. Sun wrote on Weibo that investors should be careful when investing in companies using the name TRON.

TRON is a platform that is referred to as the possible successor of Ethereum in the cryptocurrency environment. It focuses on the gaming and entertainment industry. TRON was originally based on Ethereum blockchain. On June 25, 2018, TRON moved to its own blockchain. TRON supports 2,000 transactions per second and has over 1 million registered users. The protocol was created in Beijing in 2014. TRON is based on Proof-of-Stake. Currently, the TRON price is around USD 0.034. The circulating supply of TRON amounts to almost 67 million TRX, and the total supply – almost 100 million.